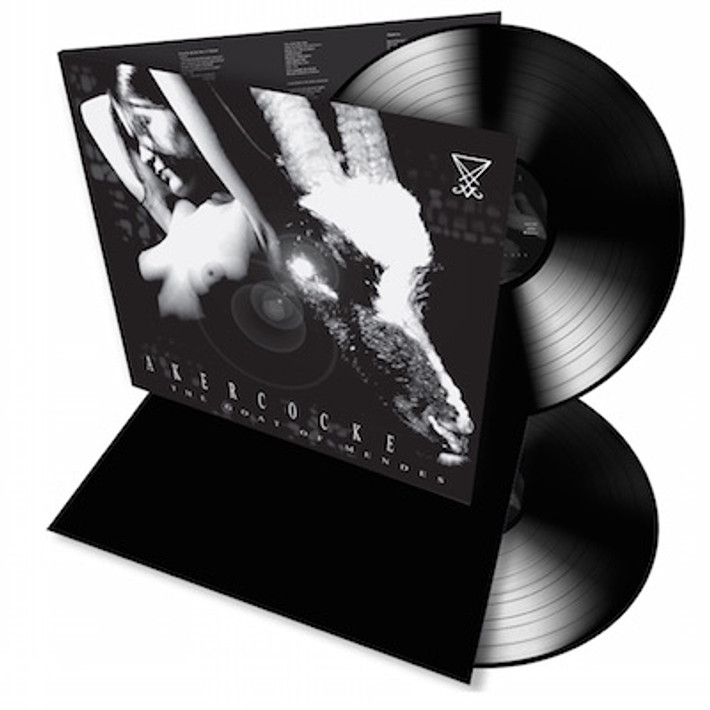 Akercocke were formed in early 1997 by friends David Gray and Jason Mendonca, who had previously been in the underground Black Metal band, Salem Orchid.
Following an accomplished debut, the band caught the attention of the Metal press and, ultimately, Peaceville Records who released The Goat of Mendes.
Mixing Satanic Death/Black Metal with more experimental and twisted riffing, the album brings to mind the complexities of bands such as Voivod (but taken to brutal new heights).
Originally released in 2001 amid a strong buzz in the underground and mainstream Metal media, the band quickly rose to the top of the UK's Extreme Metal mountain aided by captivating and ferocious live appearances (including a string of dates with Katatonia).
180g double vinyl edition in a gatefold sleeve.
Tracklisting:
Side A:
1. Of Menstrual Blood And Semen
2. A Skin For Dancing In
3. Betwixt Iniquitatis And Prostigiators
Side B:
1. Horns Of Baphomet
2. Masks Of God
3. The Serpent
Side C:
1. Fortune My Foe
2. Infernal Rites
3. He Is Risen
4. Breaking Silence
Side D:
1. Initiation
2. Ceremony Of Nine Angles
×

Home - from 2006 - was the eighth studio album from The Gathering. A dark and emotional concept work based about daily routine, it was the last to feature lead singer and...

Souvenirs was originally released on 24 February 2003 through the band's own independent label, Psychonaut Records. Their first since parting ways with Century Media, it was recorded at E-Sound, Loud...

Akercocke spawned from London in early 1997 by friends David Gray and Jason Mendonca, who had both previously been in the underground Black Metal Band Salem Orchid. The ominous group of friends...

Empire was originally released on 20th August 1990, and is the band’s most commercially successful album to date, reaching triple platinum status. It featured the top 10 hit, “Silent Lucidity”, which...

Akercocke 'The Goat of Mendes' CD

Akercocke were formed in early 1997 by friends David Gray and Jason Mendonca, who had previously been in the underground Black Metal band, Salem Orchid.    Following an accomplished debut,...

Eleventh studio album from the NYHC veterans.Tracklist:1. Intro2. The American Dream Died3. Police Violence4. Only In America5. Test Of Time6. We Walk The Line7. Never Walk Alone8. Enough Is Enough9...

A massive slab of old school HC!Tracklist:1. City Streets2. More Than A Memory3. Us Against The World4. My Life My Way5. That's Life6. Self Pride7. Until The Day I Die8. Now And Forever9. The...