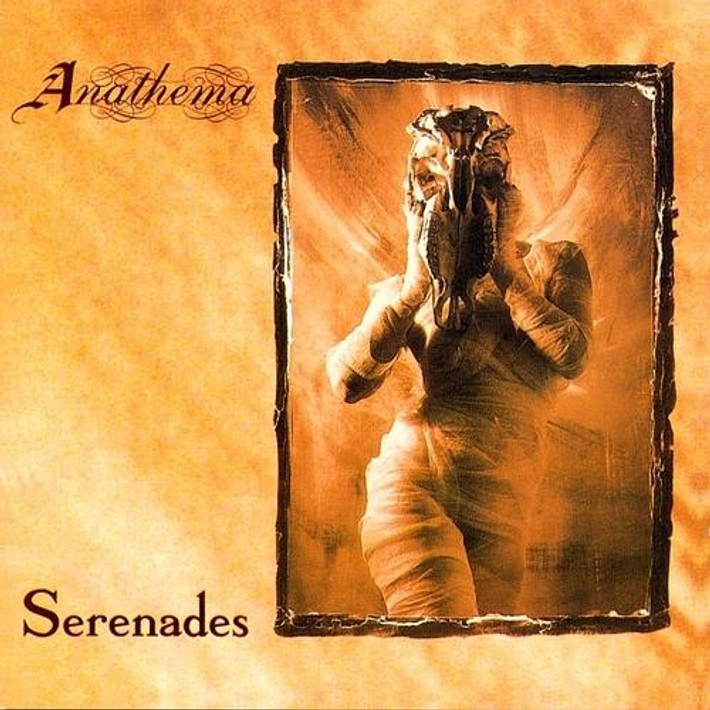 A 180gm heavyweight vinyl version of Anathema's debut release, Serenades (from 1993).
Harder, heavier and darker than what followed, the album received glowing reviews - including Metal Hammer's 'Album Of The Month' - and, even at this early stage, suggested that this was a band who stood apart from their competitors.
Original vocalist Darren White said at the time, "Anathema is not just another heavy metal band but a presence and a power in every living spirit."
They certainly didn't disappoint, as the album garnered universal acclaim.
UK Metal Hammer made it their album of the month, and with the release of the video for Sweet Tears, it wasn't long before Headbanger's Ball took note, airing the video on a weekly basis.
This culminated in a live interview and a Peaceville/Headbanger's Ball live spectacular at Nottingham's Rock City with Anathema's label mates My Dying Bride and At The Gates.
Serenades managed to blend fragility with raging aggression to stunning effect and heralded the dawn of one of the best Metal bands in the world.
Even at such an early stage in the band's career, it was obvious to all who listened just how special Anathema could be.
Tracklisting:
1. Lovelorn Rhapsody
2.  Sweet Tears
3. J'ai fait une promesse
4. They (Will Always) Die
5. Sleepless
6. Sleep in Sanity
7. Scars of the Old Stream
8. Under a Veil (of Black Lace)
9. Where Shadows Dance
×

The Crestfallen was Anathema's debut release for Peaceville and contained re-worked tracks from the legendary All Faith Is Lost demo in addition to new material.    Although sounding very...

The Crestfallen was Anathema's debut release for Peaceville and contained re-worked tracks from the legendary All Faith Is Lost demo in addition to new material.    Although sounding very...

"All three Music for Nations albums. ‘Judgement’, ‘A Fine Day to Exit’ and ‘A Natural Disaster’ remastered and brought together with DVD, ‘Were You...