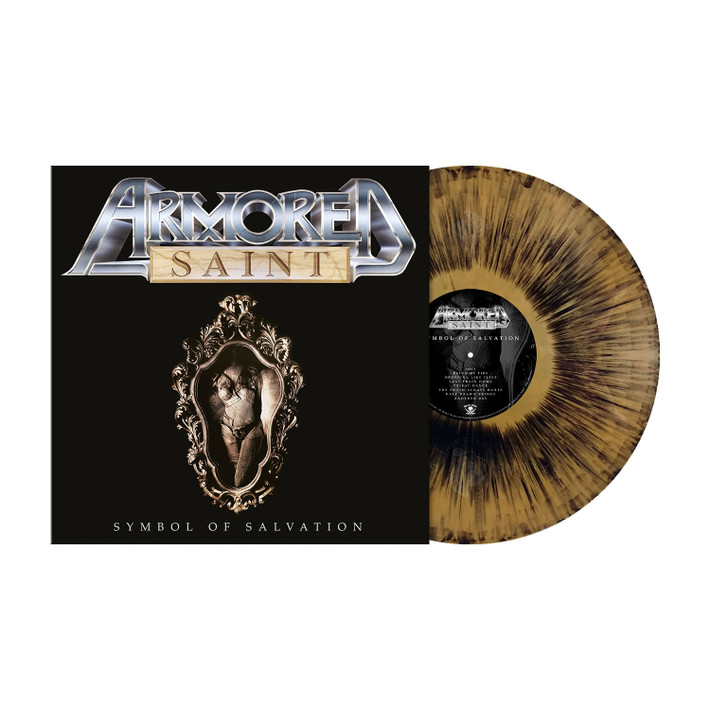 Armored Saint is an American heavy metal band, formed in 1982 in Los Angeles, California. Since 1990, the band has consisted of John Bush on lead vocals, Joey Vera on bass, Jeff Duncan on rhythm guitar and the Sandoval brothers, Gonzo and Phil on drums and lead guitar, respectively. Of the current lineup, Bush and Vera are the two constant members. To date, they have released seven studio albums, one EP, two live albums and one compilation album.

Symbol of Salvation is the fourth album by Armored Saint, released in 1991 on Metal Blade Records. It was their first release with guitarist Jeff Duncan and their last album before going on an extended hiatus that would last until 1999. The songs on this album were written and demoed in 1988 and 1989 with original guitarist Dave Prichard (except "Truth Always Hurts"), who died of leukemia in 1990 prior to recording. The first guitar solo on "Tainted Past" was lifted from a 1989 4-track demo recorded by Prichard. The album was produced by Dave Jerden, who had produced Alice In Chains and Jane's Addiction albums beforehand. Jerden would go on to produce vocalist John Bush's first album with Anthrax, Sound of White Noise in 1993.

Side A
1. Reign of Fire
2. Dropping Like Flies
3. Last Train Home
4. Tribal Dance
5. The Truth Always Hurts
6. Half Drawn Bridge
7. Another Day