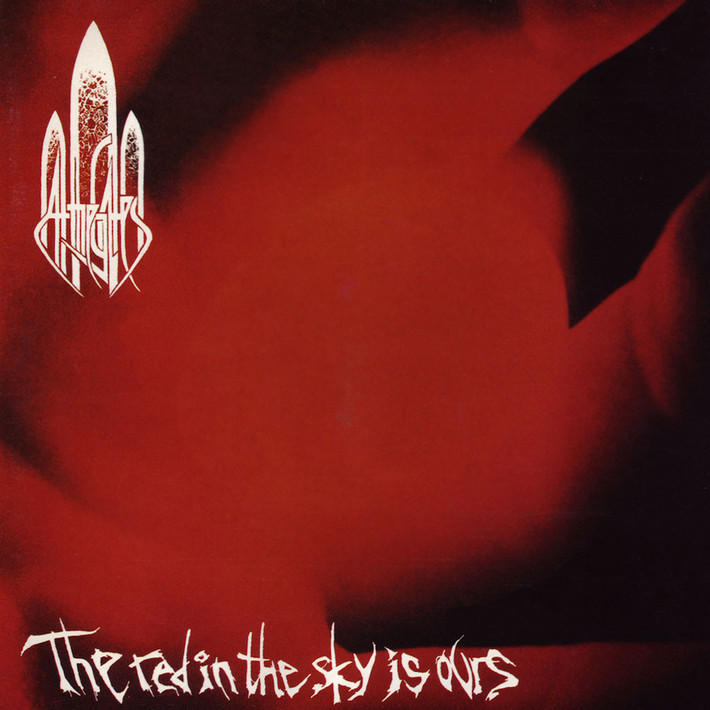 Formed from the ashes of Grotesque, the style of At The Gates evolved into technical brutality of the highest order. After extensive tours with the likes of Bolt Thrower and Massacre word soon spread and it wasn't long before UK underground label Peaceville Records offered them a deal.
Their debut album 'The Red In The Sky Is Ours' was released in 1991 on Peaceville/Deaf to widespread acclaim, the inclusion of violin sounds ensured that the album scored points for originality, and was innovatively offset by the intensely brutal yet melodic sound with standout track 'Kingdom Gone' becoming a universal favourite.
After the release At The Gates blitzed Central Europe with label mates My Dying Bride, gaining the reputation as one of the most energetic and charismatic live bands around. Front man Tomas in particular earned rave reviews for his intense and totally absorbing stage presence.

1. The Red In The Sky Is Ours / The Season To Come

3. Through Gardens Of Grief

At The Gates 'Red In The Sky' T-Shirt

The Red in the Sky Is Ours is the debut album by the Swedish death metal band At the Gates released on 27 July 1992. It was re-released in 1993 along with With Fear I Kiss the Burning Darkness and...