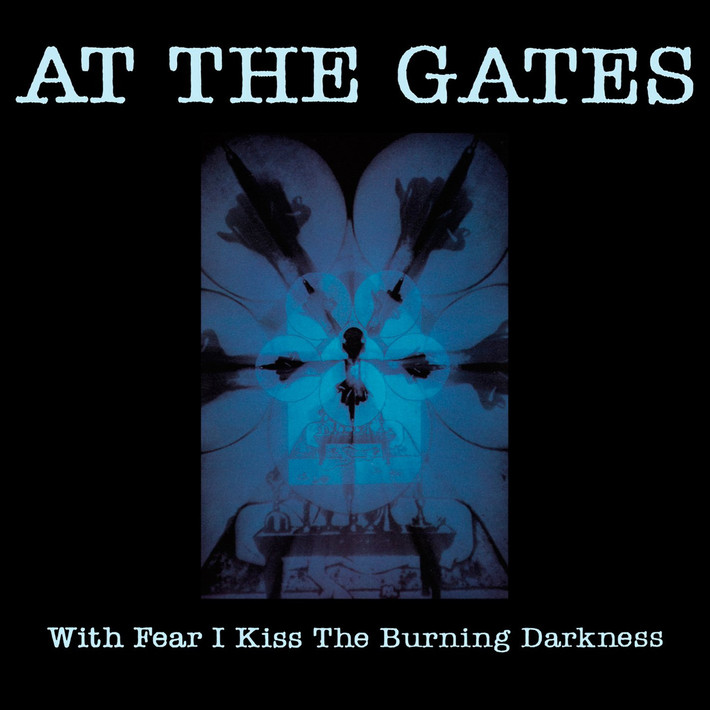 Sweden's At the Gates formed in 1990 and the Gothenburg based group released 4 highly successful and influential studio albums before the band broke up in 1996. They later reformed in 2007 & have been embarking upon successful reunion dates across the globe in recent years.

Regarded as a highlight of the band's career by many who followed them from their earliest incarnation, 'With Fear I Kiss the Burning Darkness', was originally released in 1993. The album was known for its breakthrough style at the time, with highly complex melodic arrangements retaining a dark and brutal edge mixed with slight black metal overtones and poetic, philosophical lyrics suiting the tracks perfectly. The album also featured a guest appearance by Matti Karki of Dismember.

1. Beyond Good And Evil

2. Raped By The Light Of Christ

3. The Break Of Autumn

8. Blood Of The Sunsets

At The Gates 'Burning Darkness' T-Shirt

Classic second album from the Swedish melodic death metal pioneers  presented on 180gm heavyweight vinyl. Sweden's At the Gates formed in 1990 and the Gothenburg based group released 4 highly...

At The Gates 'The Nightmare Of Being' Jewel Case CD

AT THE GATES, the pioneers of “Gothenburg style” melodic death metal return with their highly anticipated follow-up album to 2018’s “To Drink from the Night Itself” album. “The Nightmare Of Being”...

One can’t overstate the size of the Fear Factory boot print on the neck of heavy metal. Unleashing influential albums with devastating anthems for over 30 years, Fear Factory is widely recognized as...

Classic second album from the Swedish melodic death metal pioneers  presented on 180gm heavyweight vinyl. Sweden's At the Gates formed in 1990 and the Gothenburg based group released 4 highly...

Formed from the ashes of Grotesque, the style of At The Gates evolved into technical brutality of the highest order. After extensive tours with the likes of Bolt Thrower and Massacre word soon spread...