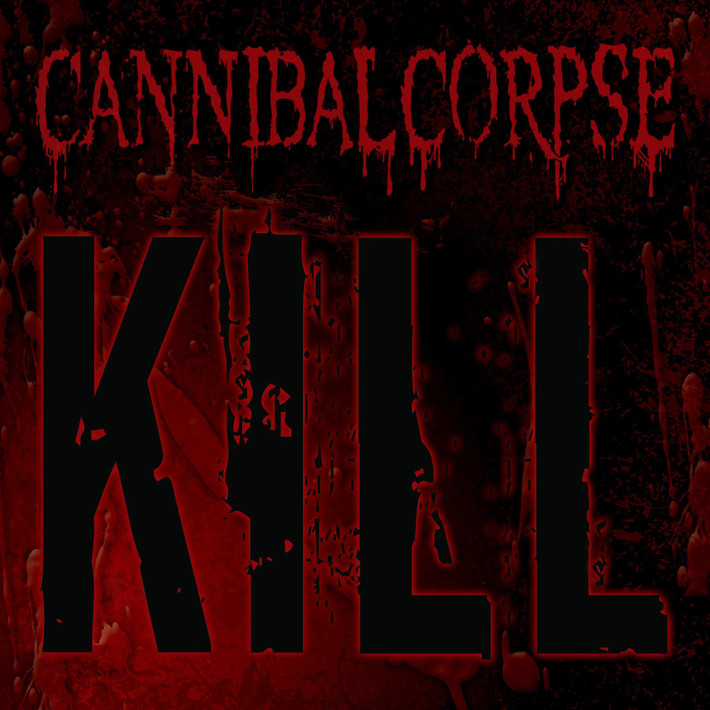 Kill is the tenth studio album by American death metal band Cannibal Corpse, released on March 21, 2006. This release marks the return of guitarist Rob Barrett, who had previously played on The Bleeding and Vile. The European version of the album comes with a live DVD filmed in Strasbourg in 2004 called Hammer Smashed Laiterie. The album was produced at Mana Recording Studios by Hate Eternal guitarist Erik Rutan. It is also the first album in which the band tuned down to G# standard

Music videos were produced for the tracks "Make Them Suffer" and "Death Walking Terror".

In the week following its release, Kill became the second Cannibal Corpse album to make an appearance on the Billboard 200 chart, debuting at number 170.

This is a limited Edition pressing on 180g Black Vinyl with Lyric insert and 2 sided poster as part of the acclaimed Metal Blade Originals Series!

A1. The Time To Kill Is Now
A2. Make Them Suffer
A3. Murder Worship
A4. Necrosadistic Warning
A5. Five Nails Through The Neck
A6. Purification By Fire
A7. Death Walking Terror
B1. Barbaric Bludgeonings
B2. The Discipline Of Revenge
B3. Brain Removal Device
B4. Maniacal
B5. Submerged In Boiling Flesh
B6. Infinite Misery

The Bleeding is the fourth studio album by American death metal band Cannibal Corpse, released in 1994 through Metal Blade Records. It is the last album featuring singer and founding member Chris...

Violence Unimagined. The title tells you everything you need to know about Cannibal Corpse's fifteenth hellish opus. Comprised of eleven tracks, it is state of the art death metal played with passion...

Tomb of the Mutilated is the third studio album by American death metal band Cannibal Corpse. It was released in 1992 through Metal Blade Records and is the last Cannibal album recorded with the...