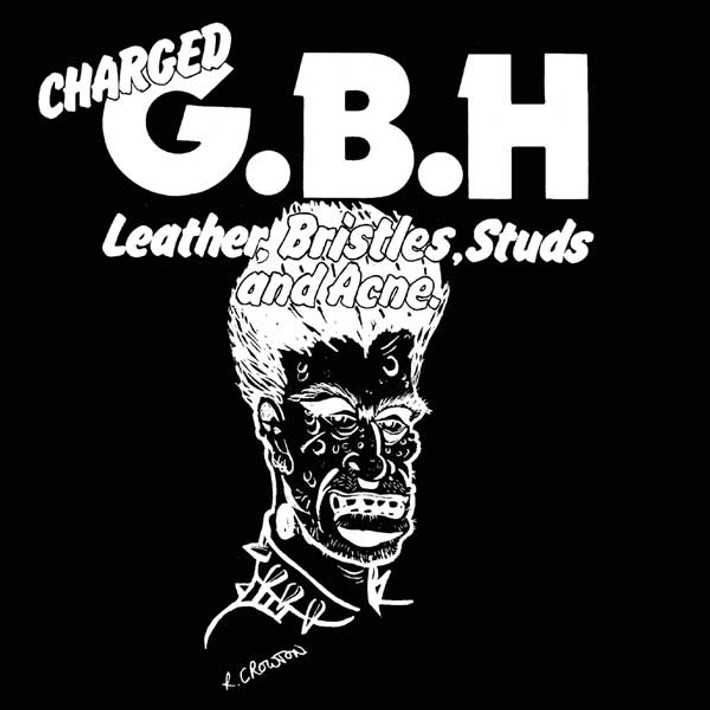 The first ever eight track 12” mini LP by rardcore punk legends G.B.H (No.8 in the Independent Chart in 1981) is coupled with the ‘No Survivors’ and ‘Sick Boy’ singles on this 15 track round up of the bands early releases for Clay Records. which itself reached No.5 in the Indie Chart.

“No Survivors” also hit No.63 in the UK National Charts.

Vocalist Colin Abrahall has supplied the liner notes whilst the booklet also contains lyrics to all the songs.

G.B.H are still very much a major attraction on the world-wide Punk scene, with the likes of Rancid, The Casualties, Anti Flag and numerous other USA Punk bands have all cited G.B.H and their “UK82” sound as a major influence, one of the few bands to cross-over from the old school punk rock movement to remain relevant in the modern scene.

'City Baby Attacked By Rats' – a confirmed Punk Rock classic – hit No.17 in the UK charts on it’s release in 1982, and also spent 27 weeks in the Independent Chart, peaking at No...

An Indie Chart No.6 hit when first released in 1983, 'City Baby's Revenge' was the second album by acclaimed UK hardcore punk band G.B.H Includes the Indie Chart hit singles “Give Me...

'Troops Of Tomorrow' reached No. 17 in the National Charts back in 1982 whilst 'Apocalypse Tour 1981' is probably the rarest ever Exploited release! Both are joined together to give a value-for-money...