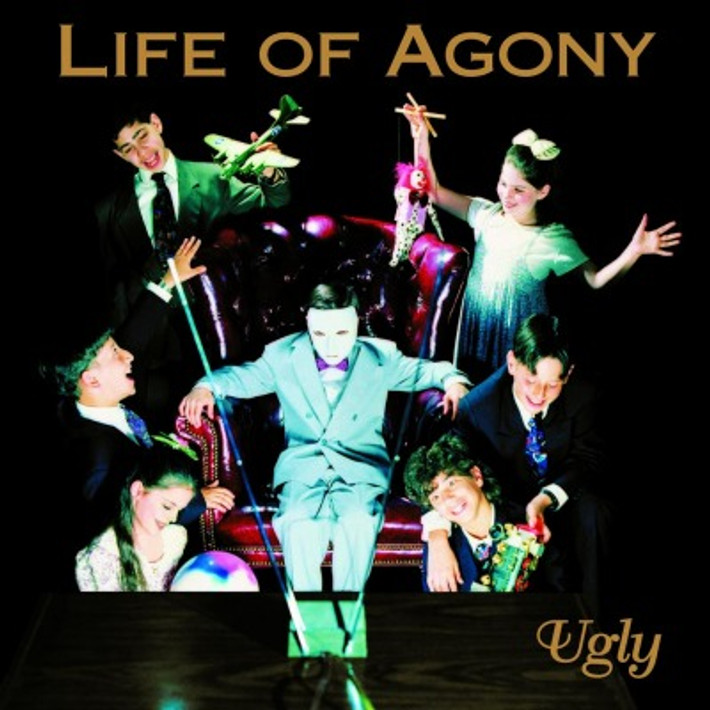 'Ugly' is the second album released by the New York alternative metal band Life of Agony. Produced by Steve Thompson, the album signalled a considerable shift from the hardcore and groove metal sounds which defined their 1993 debut album. The band ditched the gang vocals and instead let Keith (now Mina) display his newly developed crooning. Keith's new expressive style sounds more emotive and is perhaps more at heart with the era's alternative bands and it suits 'Ugly' perfectly.

Musically, this album is a pretty interesting hybrid. The first half of the album opener "Seasons" shows Keith's vocals glide quietly over the top, only to break into higher notes more frequently as the song progresses into the soaring second half. This opening track is a strong introduction to the bands new sound.

The album also features the band's trademark pulverizing riffs as heard in 'I Regret', 'Damned If I Do' and 'Fears', the gang vocals and double-kick drumming has been completely omitted. Songs like 'Lost At 22' and 'How It Would Be' all feel profound. 'Drained' shows the serious hooks and 'Let's Pretend' is a ballad written to Keith's mother who died shortly after his birth. The album ends with a rendition of Simple Minds' 'Don't You Forget About Me' that arguably kicked off the trend of Roadrunner bands doing novelty covers.

It unquestionably belongs in the collection of anyone who has a love for quality 90s-era alternative rock music.

Space Chaser are a Thrash Band from Berlin, heavily influenced by classic american Metal in the vein of old Exodus, Slayer, Anthrax or Overkill, fronted by their screaming Madman...

KoRn are one of the best-selling Nu Metal bands on the planet. Of their 8 studio albums the first seven have been certified platinum.The demise of the band L.A.P.D. was the starting point for KoRn...