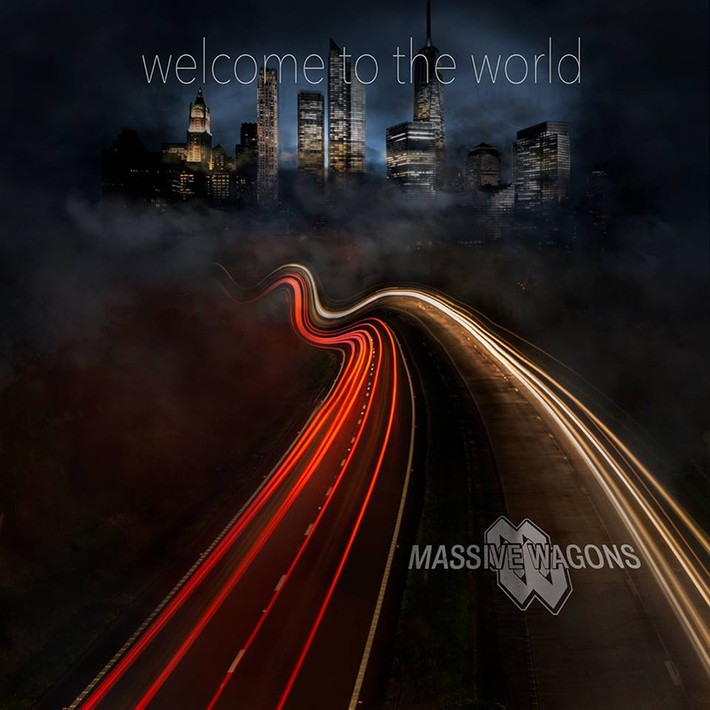 On revved up anthem Tokyo the fighting spirit at the very heart of Massive Wagons shines through. You won't play us on the radio blasts frontman Baz Mills. But this time we just might. Because on brand new record Welcome To The World, Massive Wagons carry all the passion, power and party attitude missing in the slow lane of British rock. It's the sound of a band accelerating towards stardom and overtaking the opposition.Guitarist Adam Thistlethwaite revealed: 'Our sound has always drawn on many different influences from classic rock to AOR to heavy blues and prog. 'Those influences are deliberately more polarised from track to track on this album. We love to be able to morph from highly accessible rock to deeper cuts. 'The result is something a lot more diverse yet a lot more us . We had a much heavier hand in the production beyond just the performance. 'I think we've achieved what we set out to do.' Listen to Ratio where Massive Wagons promise to 'go to a place where the beer is cheap, the craic is good and jukebox is free' and you'll want to jump aboard and party hard. Load up Shit Sweat Death and it's as if Vince Neil is fronting Nashville Pussy. On the uplifting set closer Fee-Fi-Fo-Fum fans will lap up the giant-sized hooks that put the massive into Massive Wagons. In fact the band's new album is rock and roll road trip referencing everyone from AC/DC to Black Stone Cherry, Green Day to Iron Maiden.

Massive Wagons 'Back To The Stack' Tank Vest

Tracklist A1 Under No Illusion A2 China Plates A3 Billy Balloon Head A4 Sunshine Smile A5 Northern Boy A6 Robot (Trust In Me) B1 Back To The Stack B2 Hate Me B3 Last On The...