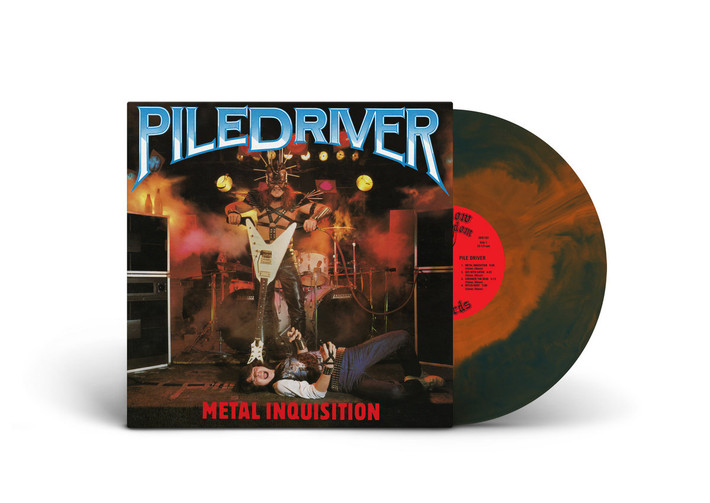 Although destined to remain in obscurity, the band became favourites of the underground scene, and bands like Marduk covered their songs.

'Kings of Metal' is the sixth album by the American heavy metal band Manowar, released in November 1988 by Atlantic Records. The album was the last to feature guitarist and...

American heavy metal outfit Metal Church has been making music since 1980, led by Kurdt Vanderhoof. They released a total of twelve studio albums, including their second effort 'The Dark', which...

German heavy metal giants Accept released their accessible sixth studio album 'Metal Heart' in 1985. It marked the return of guitarist Jörg Fischer and the album contains some of their most...

'Edge of Thorns' is the seventh studio album by US metal titans Savatage, released in 1993.  This was the last album to feature founding member and lead guitarist Criss Olivia, and also the...

'Power Of The Night' is the second studio album by US metal titans Savatage, released in 1985.  Tracklisting Side A: 1. Power of the Night 2. Unusual 3. Warriors 4. Necrophilia 5. Washed...

'Brutal Planet' is the 14th studio album by rock singer Alice Cooper, released in 2000. Musically, this finds Alice tackling a much darker and heavier approach than on previous albums, with many...

'Enemy Of The Music Business' is the ninth studio album from grindcore pioneers Napalm Death, originally released in 2000 - it was the last release that has Jesse Pintado on guitar. Tracklisting: 1...

'The Day of Wrath' is the cult classic major label debut for Italian thrashers Bulldozer, originally released in March 1985. Tracklisting Side A: 1. The Exorcism 2. Cut-Throat 3. Insurrection of the...