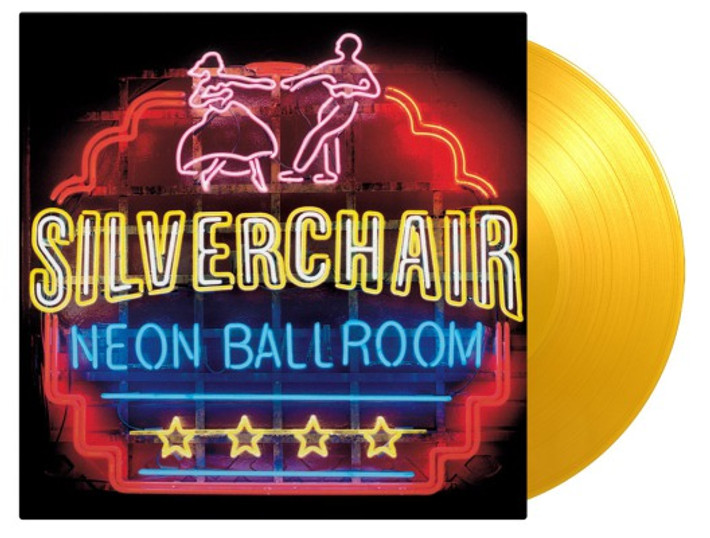 'Neon Ballroom' is the third studio album by Australian post-grunge band Silverchair and was released in 1999. On this album the band is considered to have reached their maturity, both literally as musically. When Silverchair released their first album, the band members were just 14 years old. By the time they recorded 'Neon Ballroom' they reached the age of 20.

Musically it leaps and bounds beyond the Australian trio's two previous efforts 'Frogstomp' and 'Freakshow'. The group's songwriter, Daniel Johns had been battling personal demons as he attempted to adjust to Silverchair's sudden success and he poured these experiences into his new batch of songs. Determined to shake the constant musical comparisons that had previously dogged his band, Johns created a truly original sounding album. Fusing heavy rock with orchestral flourishes and synthetic touches with powerfully emotional lyrics, the dark and haunting 'Neon Ballroom' was universally acclaimed as a huge creative leap for John and his bandmates.

Neon Ballroom is available as limited edition of 3000 individually numbered copies on translucent yellow coloured vinyl and includes an insert.

'Under Jolly Roger' is the third studio album by German heavy metal band Running Wild. It marked a stylistic turning point in which the group dropped the Satanic imagery they had previously used and...

Originally released in 1988, “Under The Influence” was Overkill’s second release for Atlantic Records. The band supported the release by touring with the likes of Motörhead, Slayer and Testament. The...

Memoriam needs no introduction ‐ they are living legends of Old School Death Metal.  Not only because the former fields of activity of the Brits belonged and still belong to  the pioneers...

After making quite a name for themselves in tape-trading circles as one of Europe's most promising early thrash metal bands, Denmark's Artillery released their debut 'Fear of Tomorrow' in 1985...