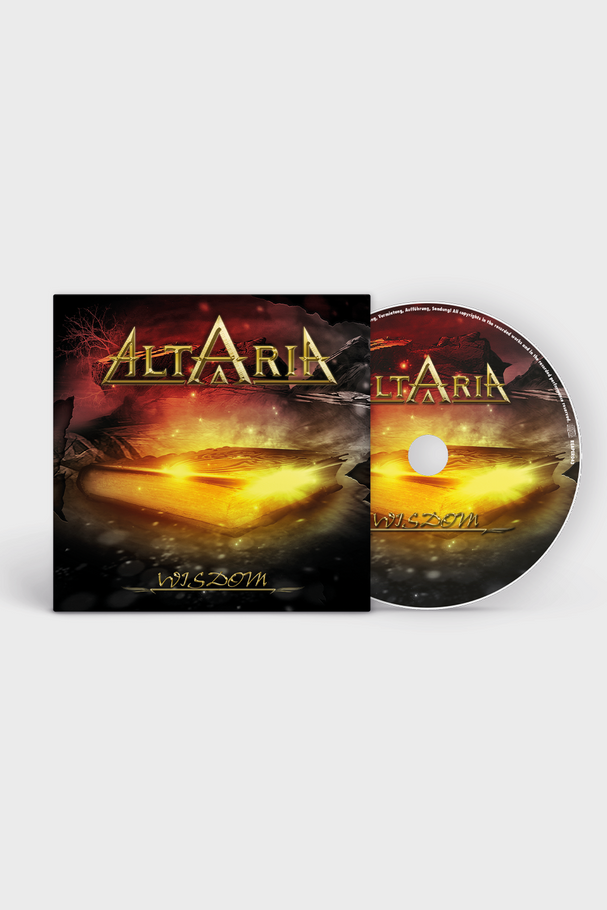 Ten years later Altaria has risen from the grave with their legendary and most successful lineup and together with Reaper Entertainment released the cult album Divinity in a newly remastered version on CD, digitally and for the first time on vinyl. At the same time, the band was also working on a new studio album that was actually supposed to be released for the
band's 20th anniversary. Unfortunately the pandemic delayed the recordings.

Now the time has come and Altaria will finally release their sixth studio 'Wisdom' album in 2022, containing ten brand new melodic metal anthems, which are in no way inferior to the old classics. Produced by the band themselves and recorded
in their own studio, 'Wisdom' convinces with catchy melodies, driving riffs and distinctive vocals.

Marillion 'An Hour Before It's Dark' CD Jewelcase

Whether it's the last hour you were allowed to play outside as a child before you had to go home, a reference to the fight against time in regard to the climate crisis or the last minutes of a...

Say the name Trivium and reverence follows. That’s because in the annals of modern metal there are few stories more illustrious or celebrated than the one that began with that group of impossibly...

The word MAINTAIN is defined as ‘a condition or state of affairs; to provide with the necessities for life or existence.’ To have the ability to maintain is to be able to hold fast to the...