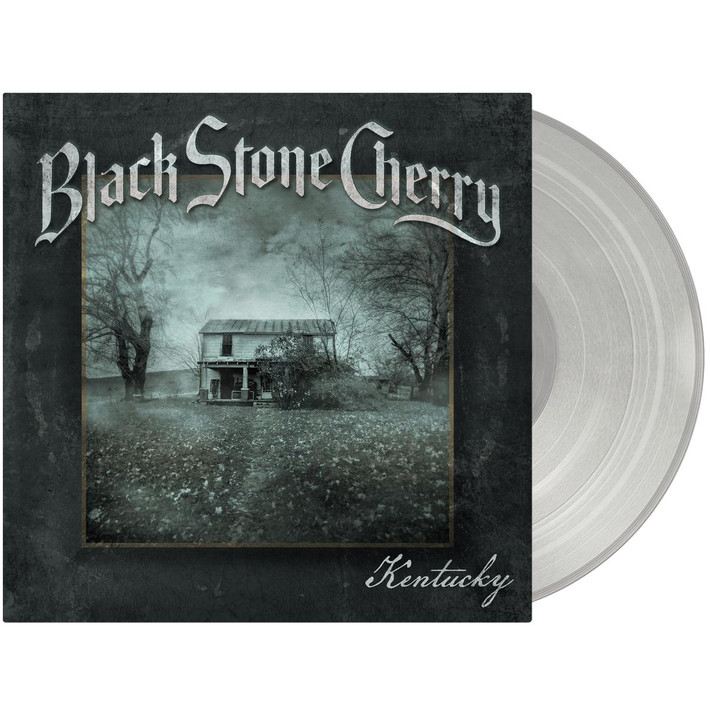 Black Stone Cherry and Mascot Records are set to release a brand new re-issue of the band's 2016 hit record, 'Kentucky', available for the first time on clear vinyl.

More than a decade ago, Black Stone Cherry made its attention-grabbing self-titled debut at Barrick Recording studio near their hometown of Edmonton, KY. It proclaimed the arrival of a vibrant and exciting new force in Southern rock 'n' roll, a group that played with fire, sang with brimstone and had plenty of cajones.  Flash forward to 2016 and the BSC crew -- still guitarists Chris Robertson and Ben Wells, bassist Jon Lawhon and drummer John Fred Young -- found themselves back at Barrick, which had relocated and modernized a bit during the intervening years, although its analog mixing board hails from EMI's legendary Abbey Road studios in London. They came into KENTUCKY –- the quartet's first release for Mascot Records -- more seasoned, battlesavvy and focused, ready to come back home and turn everything they'd learned into a set of ambitious and fearless new music.

Featuring the diverse guitar driven single "In Our Dreams" to home spun "The Rambler", "This album IS Kentucky," Robertson says with palpably fierce pride. "Everyone who plays on it is from Kentucky. It's in their blood just like it's in ours, and they added so much to the record." KENTUCKY will, of course, send BSC away from Kentucky and back to its second home on the road, with a fresh batch of songs Lawhon notes, "were meant to be played live."

1. The Way Of The Future

Steel Wheels is the 16th British and 18th American studio album by the English rock band the Rolling Stones, released in August 1981. The album is mostly composed of studio outtakes recorded during...

Limited Edition Deluxe CD Box set comes with 2 Coasters, 4 Postcards and a Guitar Pick! As the world plummeted into the chaos of 2020 pandemic, the four members of Black Stone Cherry were nestled...

As the world plummeted into the chaos of 2020, the four members of Black Stone Cherry were nestled deep in the woods of Kentucky, scrambling to complete their 7th album. There, they could feel the...