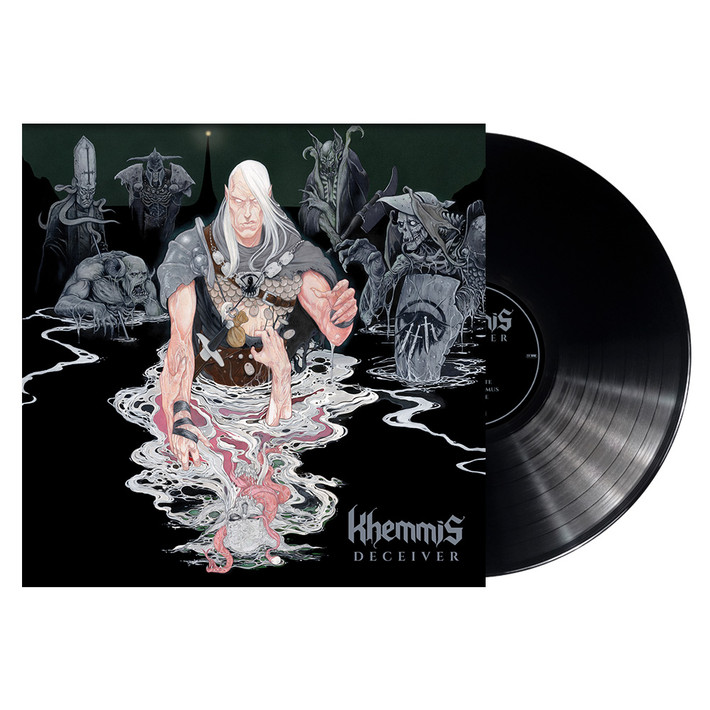 Restlessly awakening from the depths of a feverish slumber, doomed heavy metal masters KHEMMIS return to reveal their fourth full length studio album, DECEIVER, arriving via Nuclear Blast Records in November 2021. Six tracks of desolate, soul-awakening heaviness encapsulate a project that has been nearly three years in the making. With a title that reflects the internal struggles that many of us battle in our daily lives, DECEIVER is a ferociously honest and appetizingly raw piece of musical artistry.

While the lyrical themes of DECEIVER;sorrow, pain, longing for hope, will no doubt be familiar to longtime fans, these six songs display a broader collection of musical influences than on any other KHEMMIS record to date. “It being our 4th album, especially after the transition between the last two albums, it felt really freeing. We felt that we could really do anything on this record,” explains Coleman. “There’s a lot here that we’ve never done before,” adds Pendergast. “In some areas it gets darkly psychedelic. I think we found a cool way to mutate things using transitions that feel really natural. There is a subtle symmetry between the first and last songs which is one of the things that makes listening to the full album a satisfying holistic experience. It builds from almost nothing, becomes very dark, and then you slowly crawl out of that lowest circle of hell.” KHEMMIS’s DECEIVER is a beautiful, musically ambitious journey from beginning to end drenched in impassioned melody and complex, unrestrained variations of sonic savagery adorned with chilling, intensely tragic cover art by frequent collaborator Sam Turner.