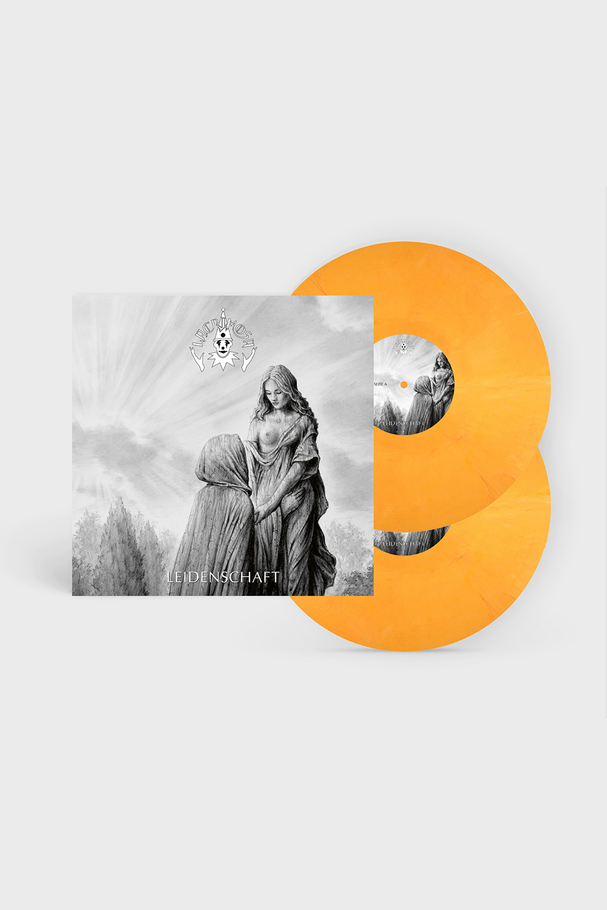 Lacrimosa was the one of the first band's combining Gothic elements with Metal, flooded by classical orchestrations when they released their groundbreaking 'Schakal' back in 1994. Two years later, the band was headlining the Dark Winter Nights Festivals, the first festival tour ever bringing together Gothic and Metal bands on one stage, alongside The Gathering, Sentenced and Dreams of Sanity.

The rest is history: Many bands from the Metal as well as from the Gothic scene followed their example and Gothic Metal and Symphonic Metal became established music styles until the present day. In the meantime, Lacrimosa elaborated and improved their musical proficiency, while staying independent from any major label since day one until today, playing shows around the world from Argentina to China over more than 20 years, and now bringing it all together in this masterpiece. Passion meets perfection, pain meets salvation, and darkness meets the guiding light of love; 'Leidenschaft' is more than a new album, it is a magical achievement of pure passion!

Threshold’s twelfth studio album 'Dividing Lines' is darker, heavier and even more adventurous than its predecessor, 2017's 'Legends of The Shires', and reveals a band with a lot on their collective...

Rampaging into their 25th year as purveyors of the most ruthless extreme metal, Goatwhore return with perhaps the strongest album of their storied career. 'Angels Hung From The Arches Of Heaven' is...

This was the ardent wish of thousands of fans calling out to Andi Deris, Michael Kiske, Michael Weikath, Kai Hansen, Markus Grosskopf, Sascha Gerstner and Dani Löble during the Pumokins United World...

Lacrimosa was the one of the first band's combining Gothic elements with Metal, flooded by classical orchestrations when they released their groundbreaking 'Schakal' back in 1994. Two years later,...

One can’t overstate the size of the Fear Factory boot print on the neck of heavy metal. Unleashing influential albums with devastating anthems for over 30 years, Fear Factory is widely...

Lacrimosa was the one of the first band's combining Gothic elements with Metal, flooded by classical orchestrations when they released their groundbreaking 'Schakal' back in 1994. Two years later,...

Zeke Sky is an American guitarist, pianist, vocalist and composer who has made continuous impact since videos of his playing and songs emerged on the internet in 2018. Combining influences of...

Birth evolved from Astra, whose two albums for Rise Above Records - 2009’s ‘The Weirding’ and 2012’s ‘The Black Chord’ - had already reinvented classic sonic...