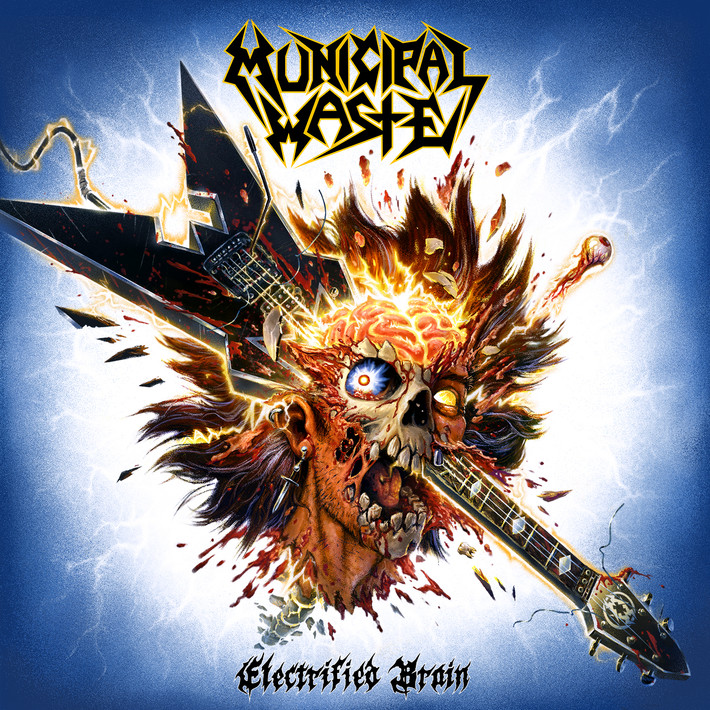 Thrash should leave you breathless, busted-up, and maybe even a little drunk (in a cut-off denim vest adorned with barely legible patches).

Since 2001, Municipal Waste have uncompromisingly stuck to their guns as hard-partying and even harder-hitting torchbearers of 21st century thrash metal. The Richmond, VA quintet—Tony Foresta [vocals], Ryan Waste [guitar], Philip “Landphil” Hall [bass], Dave Witte [drums], and Nick Poulos [guitar]—have transformed from a cult favorite into metal mainstays for a generation. Along the way, Decibel touted The Art of Partying in its coveted “Hall of Fame” and asserted it “revved up interest in thrash and inspired a fresh wave of youthful new bands.” Metal Hammer christened The Art of Partying one of “The 50 Greatest Thrash Metal Albums Ever,” while Loudwire pegged The Art of Partying as “The Best Thrash Album of 2007” and Hazardous Mutation as “The Best Thrash Album of 2005.” The guys have sold out countless shows on multiple continents and piled up tens of millions of streams in the process. 2017’s Slime  and Punishment bowed in the Top 3 of the Billboard Heatseekers Albums Chart, and The Last Rager EP only accelerated their momentum in 2019.

However, Municipal Waste maintain course as vicious and vital as ever on 2022’s Electrified Brain [Nuclear Blast].

The boys commenced work on Electrified Brain before the Global Pandemic swallowed 2020 whole. However, they took advantage of the time off the road to perfect their assault.

“It allowed us to focus on putting together structured songs,” says Ryan. “We wanted to diversify some of the tempos and bring in some new dynamics that we hadn’t ventured into before.”

The future of British metal lies in safe hands with CONJURER, who continue their journey as the country’s most exciting young metal band with their incredible new album - a triumphant return...

Thrash should leave you breathless, busted-up, and maybe even a little drunk (in a cut-off denim vest adorned with barely legible patches). Since 2001, Municipal Waste have uncompromisingly stuck to...

Tedeschi Trucks Band invite you to experience 'I Am The Moon', an expansive, inspired, and ambitious musical journey that propels the treasured American ensemble into new and thrilling creative...

Thrash should leave you breathless, busted-up, and maybe even a little drunk (in a cut-off denim vest adorned with barely legible patches). Since 2001, Municipal Waste have uncompromisingly stuck to...