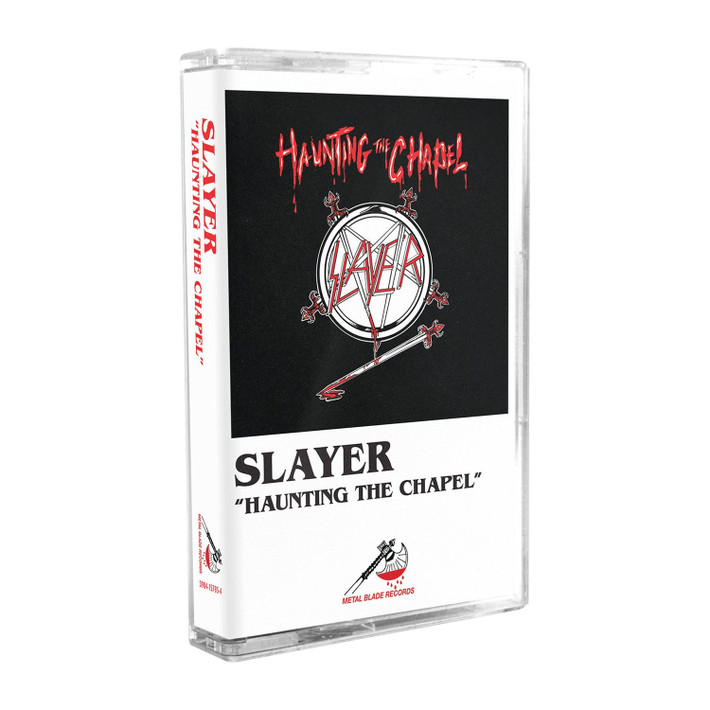 Haunting the Chapel is an extended play (EP) released by American thrash metal band Slayer in 1984 through Metal Blade and Enigma Records. Slayer's debut album Show No Mercy became Metal Blade's highest-selling, leading to producer Brian Slagel wanting to release an EP. Recorded in Hollywood, the recording process proved difficult when recording drums in a studio without carpet, although it resulted in drummer Dave Lombardo meeting Gene Hoglan who was to become an influence in his drumming style and speed. It was during the recording of this session that Lombardo first had the double bass added to his kit. Hoglan, working for Slayer at the time, sat at the kit and played a double bass for the first time. Lombardo was impressed and although Hoglan never gave him lessons, he did give him tips regarding the use of the double kick drum.

Although originally featuring three songs, the record evidences a marked evolution from the style of their previous album, Show No Mercy, and is considered the first demonstration of the band's "classic" style displayed on later albums and is often described as a "stepping stone". The songs "Captor of Sin" and "Chemical Warfare" were regularly featured on the band's live set list. "Chemical Warfare" appears in Guitar Hero: Warriors of Rock.

A1. Chemical Warfare
A2. Captor Of Sin

B1. Haunting The Chapel
B2. Aggressive Perfector