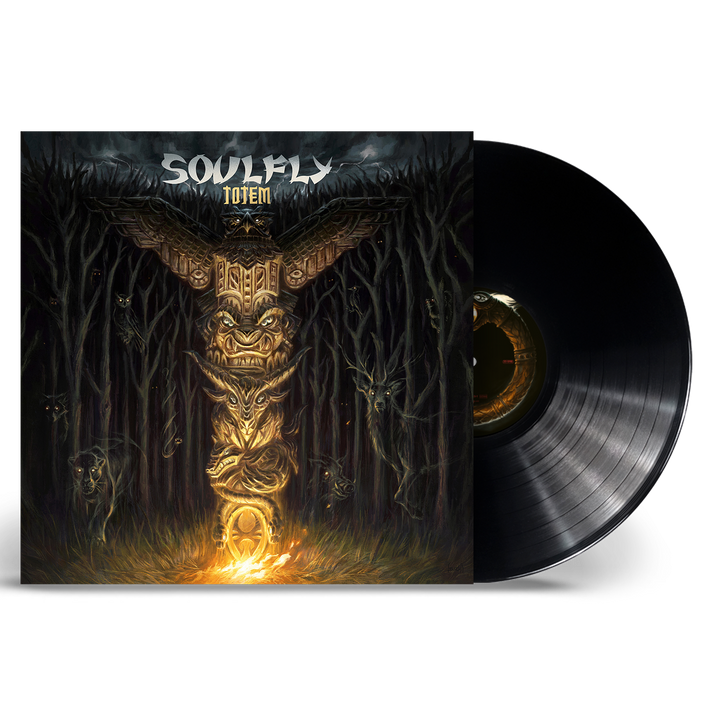 At the dawn of the new millennium, Rolling Stone declared, “Soulfly seem built to last.” More than two decades, countless worldwide tours, and a dozen albums later, that prophecy rings true. Underground icon, extreme metal trailblazer, third world warrior, and leader of a diverse and dedicated tribe, Max Cavalera not only survives but thrives, blasting out riff after killer riff. The same voice, body, and spirit which launched Soulfly in 1997 summons impossibly heavy noise to this day, throwing down ten slabs of monstrous music on Soulfly’s twelfth album, 2022’s Totem.

Among the most prolific musicians in the genre’s history, Max led Sepultura from Brazil to the world stage, making fans out of Ozzy Osbourne, Deftones, and Dave Grohl along the way. He cofounded Nailbomb, Cavalera Conspiracy, Go Ahead And Die, and Killer Be Killed, issuing album after album to spirited acclaim from critics and fans. But no project is as singularly identified with Max as Soulfly, whose gold-selling self-titled debut arrived with unrivaled determination and spirit.

Soulfly's savage anthems of aggression push extreme music to its bludgeoning limits while injecting it with brilliant moments of trippy nuance and dissonance. Like all innovative musical heroes, Max makes anthems for the people. Soulfly is a celebration of family and legacy. Whatever Max Cavalera hammers out on the bridges of his four-string guitars, it always sets souls free.

'Please Please Me ' is the second studio album by The Beatles, released in November 1963. It features six covers including 'Please Mr Postman' and 'Money (That's What I Want)' Tracklisting: 1. It...

The Swedish heirs of 80s Hardrock, H.E.A.T, return with a new studio album and deliver the rockin’ summer soundtrack for 2022! Two years after 'H.E.A.T II' the band once again presents an album...

The brand new album from Swedish Vikings Amon Amarth is their best yet, featuring all of the elements fans have come to expect - bravery in battle, honour amongst men and a never say die spirit than...