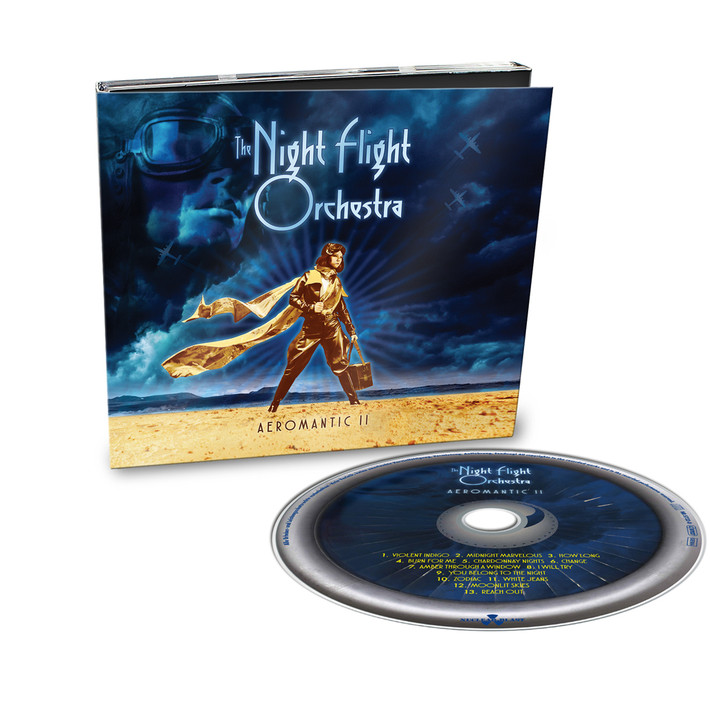 THE NIGHT FLIGHT ORCHESTRA is back! The band that formed as an idea of friends from several well known rock/metal bands (SOILWORK, ARCH ENEMY, MEAN STREAK) back almost a decade ago and has been dropping jaws ever since. With 5 albums already under their belt, 2 nominations for the Swedish Grammies, countless live shows and praises from fans and media alike, TNFO have steadily upped their game when it comes to paying tribute to a decade that influences all sorts of people and even industries to this day - the 80s. With hits like ‘Domino’, ‘Lovers In The Rain’, ‘West Ruth Ave’, ‘Divinyls’ or ‘This Time’, the band manages to maintain a variety of vibes and emotions within every album. From hard rockers, poppy digressions to progressive epics, disco-esque songs and almost cheesy yet loveable ballads.

Enter 2020, TNFO had just released their recent record, ‘Aeromantic’, and kicked off their European tour in support of it, when the Covid-19 pandemic hit. Björn Strid, the AOR dictator helming this exceptional collective called NFO, recalls “We made it one week into the tour after some absolutely amazing shows and then it all went south and we had to go home. Just about everyone on the tour got sick when they came home, with varied conditions.”

The band didn’t step back and accept the situation but decided to do what they do best instead: “It was pretty clear after some months into the Covid madness, that it was here to stay and that we weren’t gonna be able to tour for quite some time. So we made the best out of it. The remedy was simply to hit the studio again as soon as everybody was well again. It ended up being an incredibly creative 1,5 years and so many amazing songs came out of it.”

That being said, the second part of the ‘Aeromantic’ saga really captures what this band is all about: being in motion and romanticizing traveling, sometimes even with a broken heart - accompanied by the good things in life. Namely with songs like ‘White Jeans’, yet another jaw dropping classic rock gem about hot young love, cramped with nostalgia, or ‘Change’, which encompasses all the vibes you know from your favorite decade: Urgency, emotion, warmth and excitement. But also groovy danceable songs like ‘Chardonnay Nights’, a groovy, dreamy, yet uplifting homage to parties and hot love, or ‘Burn For Me’, a true feel good anthem for the summer - driving people to dance in the streets, all worries aside, to a brighter future.

7.Amber Through A Window

9.You Belong To The Night

Decapitated formed in Krosno in 1996, but Vogg and Vitek spent the years prior to that seismic moment immersing themselves in the metal world, devouring as much music as they could get their hands on...

THE NIGHT FLIGHT ORCHESTRA is back! The band that formed as an idea of friends from several well known rock/metal bands (SOILWORK, ARCH ENEMY, MEAN STREAK) back almost a decade ago and has been...

THE NIGHT FLIGHT ORCHESTRA is back! The band that formed as an idea of friends from several well known rock/metal bands (SOILWORK, ARCH ENEMY, MEAN STREAK) back almost a decade ago and has been...