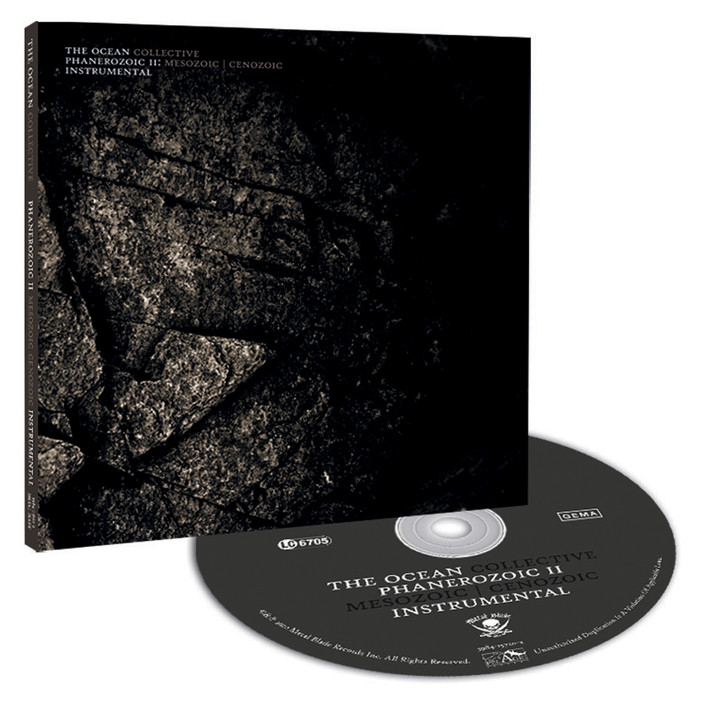 In September 2020, The Ocean are poised to release the eagerly-awaited concluding parts of the Phanerozoic journey. Completing the album took longer than expected, because of the band’s heavy touring schedule since the release of Phanerozoic I: impressions of these adventures through India, Russia, Kazakhstan, Armenia, Georgia, Australia, New Zealand and Europe are documented in the 130-page Phanerozoic photo-book that will be released along with Part II. In contrast with compositional directness of Phanerozoic I, the new album – Phanerozoic II: Mesozoic | Cenozoic - is a vastly more progressive and perverse piece of work.

“Phanerozoic II is more experimental, more eclectic in musical style and direction, and more varied in terms of tempos, beats, guitar work and the use of electronics,” notes Staps. “This was an intentional choice: we wanted Part I to feel rather streamlined and to have a strong cohesion between the individual songs. We wanted to create a certain vibe to linger from the first until the last note throughout the whole record. We kept the weirder, more daring and more progressive material for Part II. The outcome is a record that is a real journey. It starts in one place, and concludes in a totally different place. In a way, it relates to Pelagial, which was similar in that it was also a journey: but a more guided, focused and predictable one. Phanerozoic II on the other hand is closer to the experience of free fall.”

Divided into two sections – Mesozoic and Cenozoic – Phanerozoic II once again showcases the detail and depth that have become two of The Ocean’s most enduring trademarks. While ostensibly delving into the extraordinary realities of the Earth’s shifting temporal tides, Staps and his comrades have long drawn hazy parallels between their chosen subjects and the emotional experiences that their music strives to convey. Phanerozoic II is essentially an album about time, with some very poignant and pointed allusions to the modern world woven into the new music’s spiritual fabric.

In September 2020, The Ocean are poised to release the eagerly-awaited concluding parts of the Phanerozoic journey. Completing the album took longer than expected, because of the band’s heavy touring...

In September 2020, The Ocean are poised to release the eagerly-awaited concluding parts of the Phanerozoic journey. Completing the album took longer than expected, because of the band’s heavy...