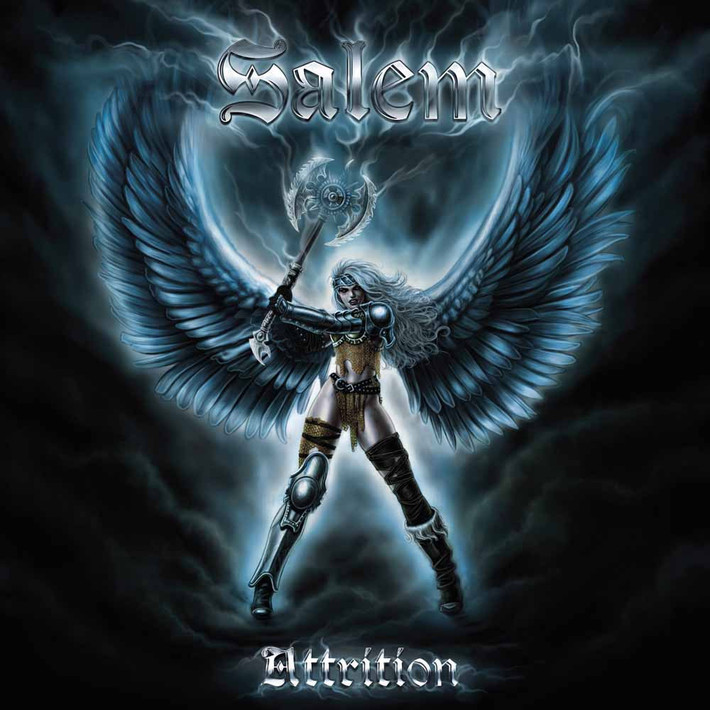 Brand new studio album from NWOBHM legends SALEM!
Salem is a heavy metal band hailing from Hull, England. They were formed in 1979 following the split of the new wave of British heavy metal band Ethel The Frog. Dissonance Productions are proud to announce the release of the bands 3rd album titled "Attrition". The album was recorded at Hairy Monster Studios in Hull. Developing from the up-beat theme of "Forgotten Dreams" (2013) and the more reflective mood of "Dark Days" (2016), lead guitarist Paul Macnamara described the third studio as a little "edgier", but with the same Salem heavy and melodic approach.

Hot on the heels of 2018's much lauded album "Attrition", New Wave Of British Heavy Metal band SALEM have followed up with the release of their fourth full length "Win Lose Or Draw"! Track List: 1...

'The Calling' by PRIMITAI is a killer slab of high quality melodic metal. Primitai are a London based melodic metal band drawing inspiration from classic heavy metal and combining it with a modern...