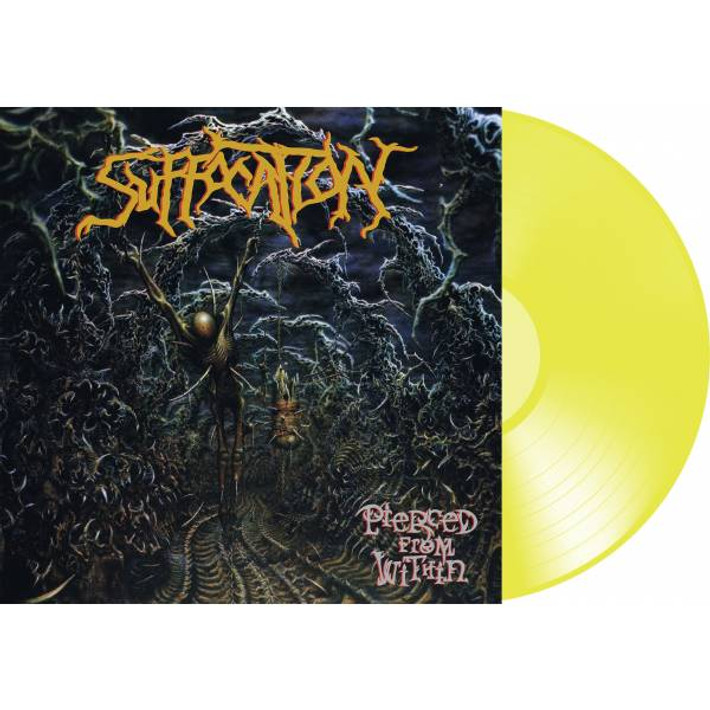 Released in 1995, 'Pierced from Within' is the third album by death metal legends Suffocation. 'Synthetically Revived' is a re-recording of the song of the same name from the 'Human Waste EP' and 'Breeding the Spawn' is a re-recording of the title track from the band's previous album. It was the band's last album with guitaristDiug Cerrito, and bassist Chris Richards, and the only with drummer Doug Bohn.

Tracklisting... SIDE A 1. Traveler in Time 2. Orphan Gypsy 3. Without a Trace 4. Pirates of the Underground SIDE B 5. The Apparition 6. Kyrie Eleison 7. Epitaph

Formed in 1968, Nazareth rose from the pubs and clubs of their native Scotland to become one of the most successful rock bands in the world, notching up a string of hit records along the way...