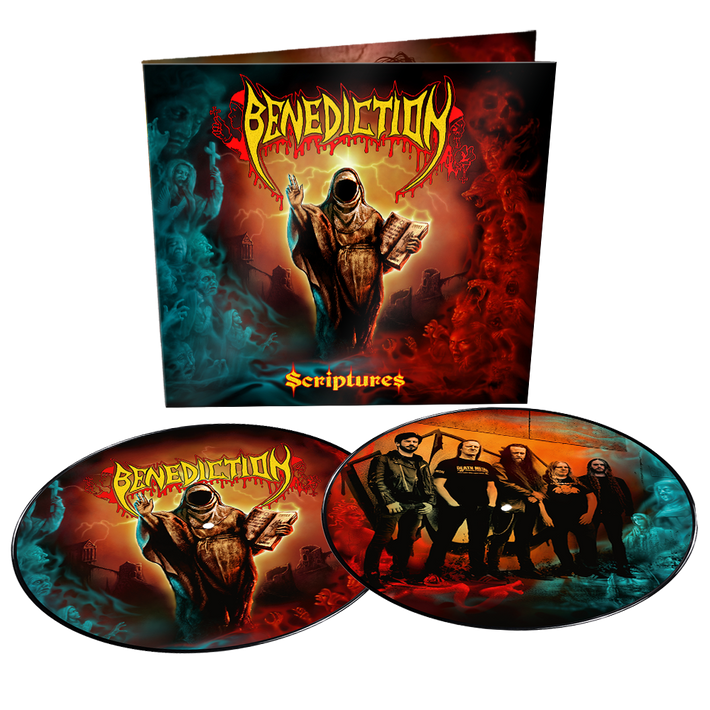 Formed in 1989, and after many years doing the rounds under other names, BENEDICTION, as we know it, was formed and the band was quickly picked up by German underground Metal label Nuclear Blast Records, a partnership that lasts to this day.

“We had lots of offers at the time, all the obvious ones, but Markus at NBR seemed to be a real fan of what we were doing and of the underground scene in general as it was then. He was one of us” Rewy recalls, “a perfect match really and we’ve never looked back”.

BENEDICTION have since gone on to release many acclaimed albums and are now recognized as one of the originals in the death metal scene. They do however continually strive to deliver the goods and are still to this day thoroughly enthused by what they do as you clearly see when they are together, especially up on stage.

The band have constantly toured the world, playing some huge shows with many of the biggest bands in the metal world as well as embarking on numerous tours of their own. Taking with them their no nonsense, energy packed performance, BENEDICTION travel to anywhere and everywhere they can possibly go, often playing shows in places other wouldn’t dare, much to the delight of their loyal and still ever growing number of fans across the globe.

With over 30 years in this business and a genre that not only refuses to die but is benefitting from a new lease of life, BENEDICTION are back with arguably their best release to date and will no doubt secure their well earned seat at the top table once more.

2.Progenitors Of A New Paradigm

1.In Our Hands, The Scars

2.Tear Off These Wings

2.The Blight At The End