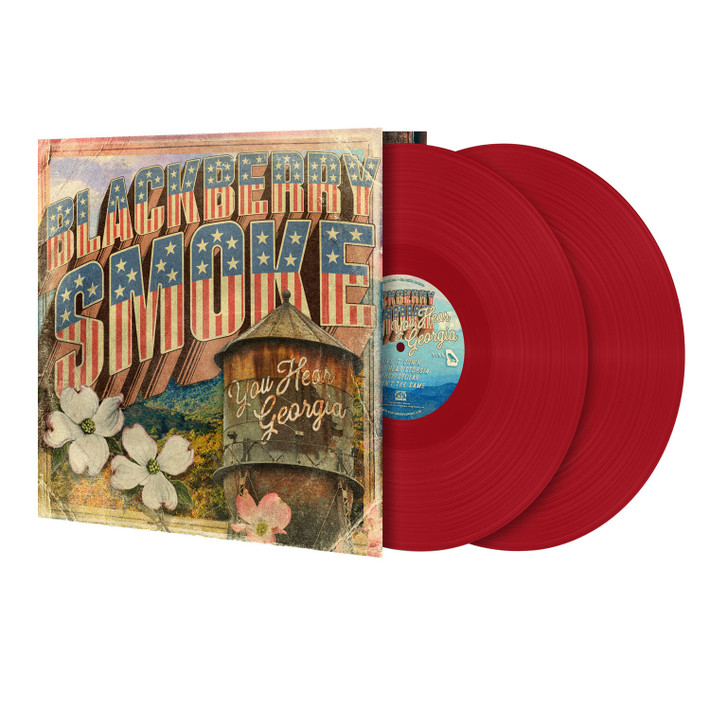 On their latest album, You Hear Georgia, the follow-up to 2018’s critically acclaimed Find a Light, Blackberry Smoke is further celebrating these roots with 10 new songs that feel like Georgia, accented by the addition of Grammy-winning producer and fellow Georgia-native, Dave Cobb (Jason Isbell, Brandi Carlile). “Dave and I had spoken for the last few years about making a record,” Starr says. “Finally, it worked out, our schedule and his schedule, and we said, yes—let’s make a record.”

This version of the awesome new album is pressed onto Limited Edition Red Vinyl!