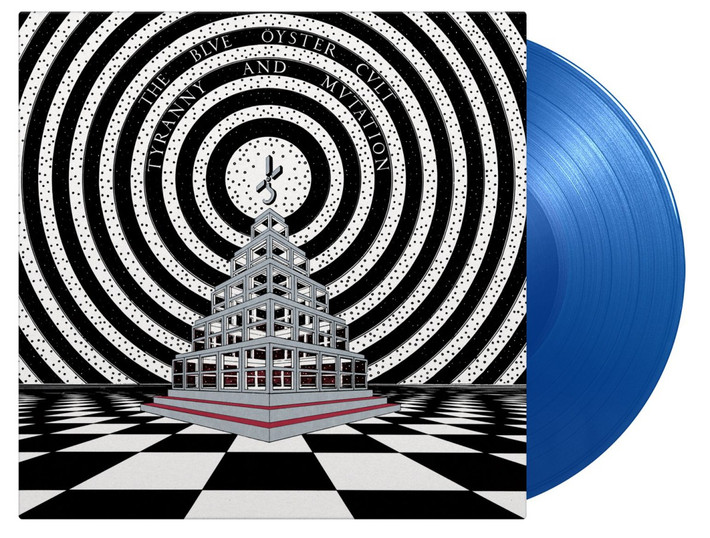 'Tyranny and Mutation' is the second studio album by American hard rock band Blue Öyster Cult, released on February 11, 1973, by Columbia Records. The album was recorded at the Columbia Studios in New York City during the year before and was produced by Murray Krugman and Sandy Pearlman. On May 12, 1973, the album peaked at #122 on the Billboard 200.

The song “Baby Ice Dog” features lyrics by singer/poet Patti Smith (who was keyboardist Allen Lanier's girlfriend at the time), who would make several lyrical contributions to the band's repertoire during its career. The song “The Red & The Black”, with lyrics referencing the Royal Canadian Mounted Police, is a renamed, re-recorded version of “I'm on the Lamb But I Ain't No Sheep” from the same-titled debut album. The song was later covered by the Minutemen and Band of Susans.

Celebrating its 50th anniversary, 'Tyranny and Mutation' is available as a limited edition of 2000 individually numbered copies on translucent blue coloured vinyl.

The legend of Twilight Force began to form in the year 2007 of the Human Era. It was the result of a yearning to bring back the golden age of Epic Symphonic Power Metal. But Twilight Force soon...

It almost seems churlish to regard Celtic Frost as one of the great extreme metal bands, because they were so much more than that. It’s better to hail them as among the finest extreme and...