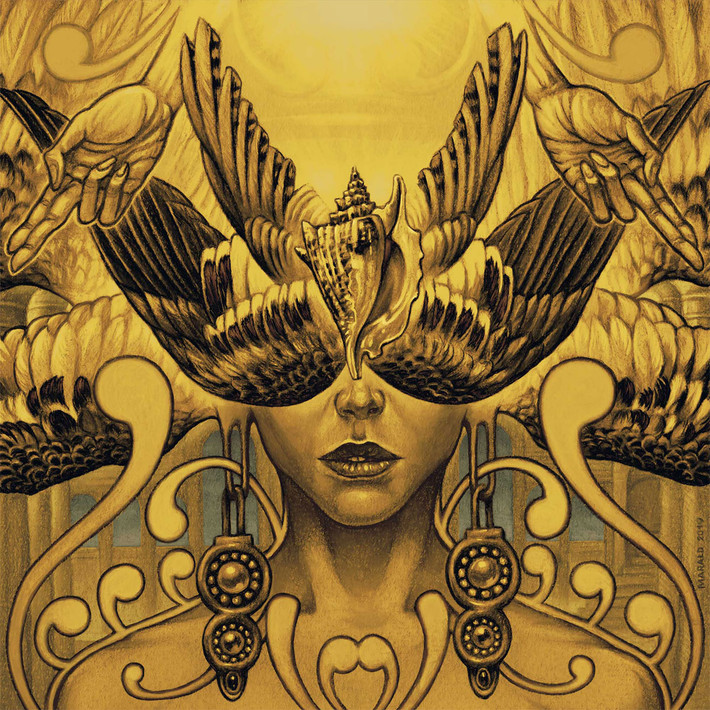 Dvne are a band of great contrasts, weaving titanic heaviness and intricate gentleness together, complex lyrical ideas with engaging storylines, and this has only been expanded upon and concentrated on second album Etemen Ænka. “It’s an album that has a narrative musically and we hope will encourage the listener to explore the universe we’ve created around it,” states guitarist/vocalist Victor Vicart. “It is a very dense and layered album which will reward multiple listens, and while this is becoming a recurring aspect of our music, we feel that we went further with it this time. It’s also a very polarising album, emotionally speaking. The heavy sections are, well, very heavy, while the clean sections are much more intricate and delicate and in a way wouldn’t be out of place in a Studio Ghibli anime soundtrack.” Exploring everything in greater depth in every way, it is a profound step forward from 2017’s Asheran, starting an exciting new chapter in the existence of one of the most thrilling and imaginative metal bands active today.