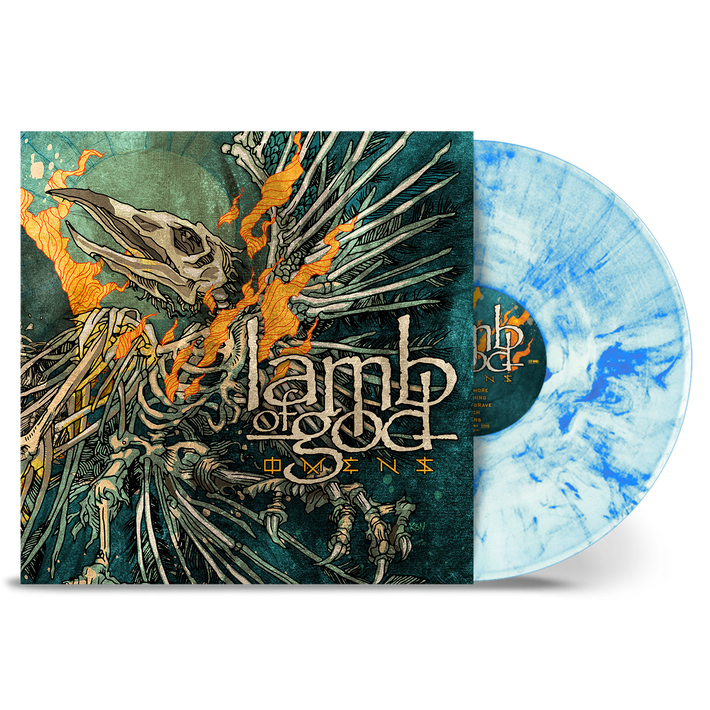 Across their career Lamb Of God grew from basement shows and grimy DIY venues to headline arenas. The New Wave of American Heavy Metal architects earned a reverence akin to musical forefathers (and road companions) Metallica, Slayer, and Megadeth.

Even as D. Randall Blythe (vocals), Mark Morton (lead guitar), Willie Adler (guitar), John Campbell (bass), and Art Cruz (drums) enjoy one another's company and chemistry like never before, Omens is possibly the angriest Lamb Of God album yet. Densely muscular, soaked in unnerving spite, with a pessimistic eye toward inner struggles and global affairs alike, Omens is a furious entry in the catalog.

It's a potent, palpable energy Lamb Of God first tapped when they shoved heavy metal into the new millennium with New American Gospel (2000). As the Palaces Burn (2003) joined Rolling Stone's Top 100 Greatest Metal Albums of All Time. Ashes of the Wake (2004) was the first Lamb Of Gold album certified gold by the RIAA, a feat once all but impossible for a contemporary extreme metal band.

The hardcore fire at the heart of Lamb Of God still burns as hot as the 12-foot flames blazing the stages on their co-headlining trek with Megadeth, appropriately called "The Metal Tour of the Year." Even as the state of the world descends, the state of the union for Lamb Of God remains strong.

This is the Limited Edition Marbled White and Sky Blue Vinyl version of this album. Please be aware that the finished product may vary from the mock up image used.

In the mid-1980s Denmark’s Artillery established themselves as being at the cutting edge of the thrash movement, and nearly forty years later they continue to destroy. Returning with their tenth -...