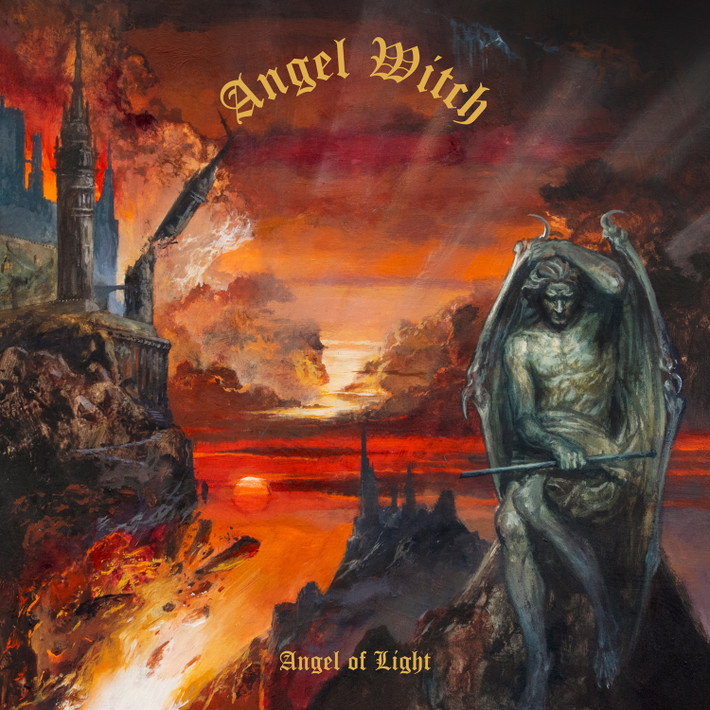 Forty years and more have passed since the original inception of Angel Witch rose from the inauspicious locale of suburban Kent with the doom-laden clangour of Black Sabbath ringing in its ears and leading a movement of bands that reinvented heavy metal as a form darker, heavier, faster and more intense than anything previously issued forth.

With songwriter, lead guitarist and chief architect Kevin Heybourne engineering a psychic realm where horror and fantasy imagery locked horns with pulverising riffage and razorsharp hooks, the band were soon vying for supremacy amidst an alarmingly fertile scene that also included Iron Maiden, Diamond Head and Saxon, yet with arguably the heaviest and most otherworldly dimensions at their disposal of anyone in range.

The band's 1980 eponymous debut on Bronze records - led by its deathlessly infectious self-titled opening cut - thus created shockwaves that would resonate throughout the nascent realm of thrash, doom and death metal, with its feverish, vicious and incisive song craft manna to the ears of young and hungry musicians like Dave Mustaine, Tom G. Warrior and Chuck Schuldiner.

Yet now, beyond a storied four decades in which the Angel Witch name has witnessed the slings and arrows of outrageous fortune in extremis, the band remain custodians of a style that transcends era and archetype. The current incarnation of the band first formed eleven years ago, delivering the 2012 album 'As Above, So Below', which was widely considered one of the few records by a band of such vintage to stay true to the music's original spirit.

Yet in retrospect this was merely a precursor to a remarkable renaissance of Kevin Heybourne's songwriting which saw him delivering a collection of compositions replete with the vim and vitriol of yore, along with the bold singularity of intent that marks him out as one of metal's most distinctive songwriting forces. The result is Angel of Light, the band's fifth album, and a veritable torrent of imperious confidence and riff-driven righteousness.

Old warriors never die. They just wait for the perfect moment to storm the walls all over again! One of the most keenly anticipated returns in living memory, Desolation Angels’ new album "King" will...