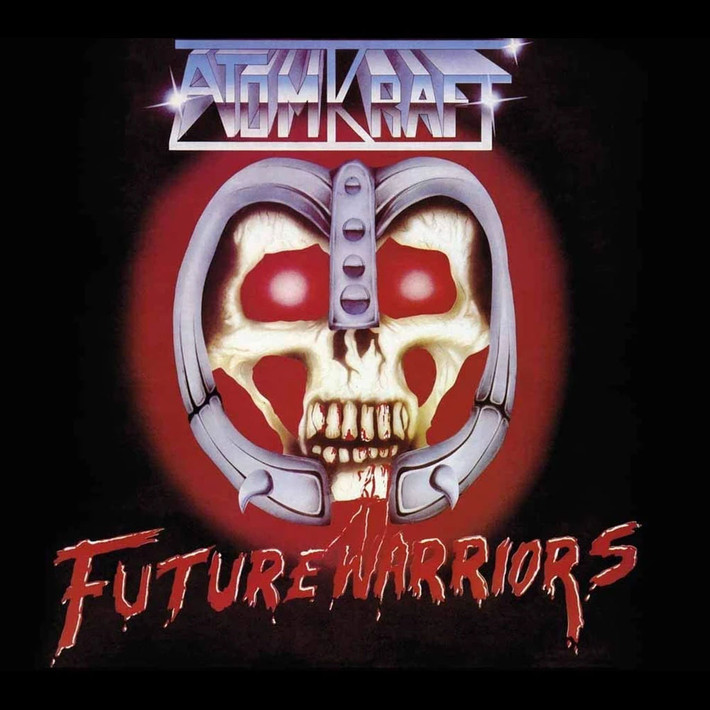 'Future Warriors' is the one and only album released by NWOBHM band ATOMKRAFT. Atomkraft is a band best known for its bassist/vocalist Tony Dolan, who went on to replace Cronos and front Venom in the 80s. Their 'Total Metal' approach is somewhere between fellow NWOBHM bands such as Motörhead and Venom, punk rock bands such as The Dickies, and early Exodus or Slayer.