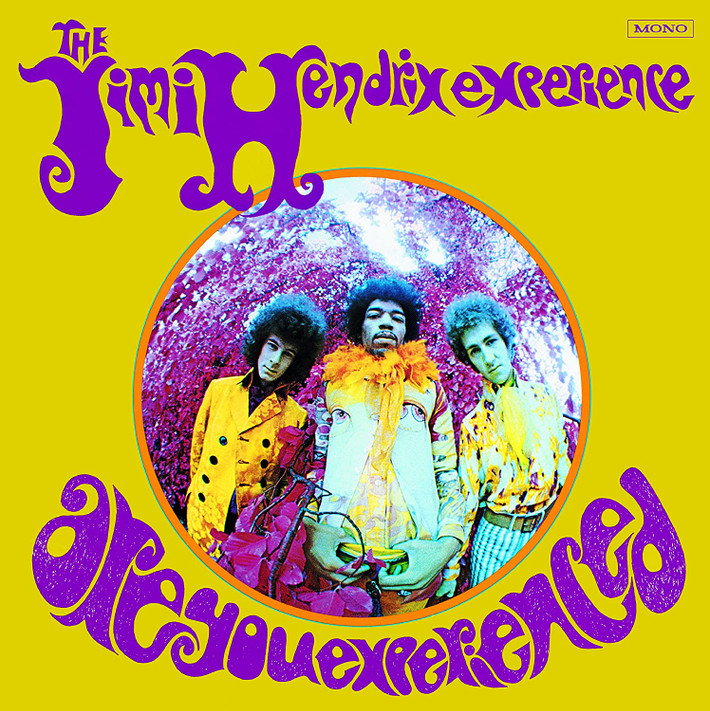 Recordings for 'Are You Experienced' had begun in late October 1966, producing a string of singles preceding the illustrious first album by the world's most famous guitarist. While recording, the future working relationship between engineer Eddie Kramer and Hendrix was forged. The debut album by The Jimi Hendrix Experience was initially issued in mono and then 'enhanced stereo' on later issues.

The UK cover photography was by Bruce Flemming. Releases in Europe had the words "Jimi Hendrix" placed above the title. These later issues were 'enhanced stereo', with tracks listed on the back.

The USA & Canadian issues were released after the band appeared at the Monterey Pop Festival in June 1967, along with The Who. Its art was directed by Ed Thrasher, using a Karl Ferris infra-red fish-eye photo. There is a key difference to the tracks on this album, with some removed and replaced by the earlier singles, plus a change to the running order. The spelling "Foxey Lady" appears in some of these issues, and has been adopted for the Music On Vinyl mono reissue.

Jimi Hendrix 'Are You Experienced' (Black) Pull Over Hoodie