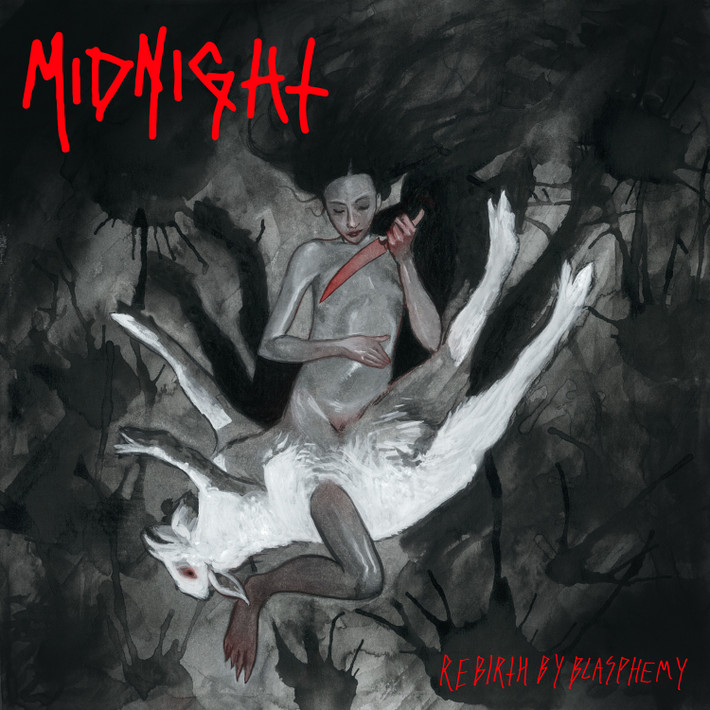 The notorious and prolific Cleveland cult, Midnight, have been slaying the metal/punk underground with their own, highly addictive brand of lust, filth, and sleaze dating back to the band's inception in 2002. Vocalist / guitarist / bassist / drummer Athenar has always known exactly what he wanted Midnight to be, and over the course of countless demos, EPs, compilations, splits and three full-lengths he has stayed true to his roots. Building up a strong reputation and a rabid following in the underground, the band's trademark blend of speed metal, black metal and punk rock, Midnight's most recent opus, Rebirth By Blasphemy sounds both fuller and more raucous than ever before.


1. Fucking Speed and Darkness
2. Rebirth By Blasphemy
3. Escape The Grave
4. Devil's Excrement
5. Rising Scum
6. Warning From The Reaper
7. Cursed Possessions
8. Raw Attack
9. The Sounds of Hell
10. You Can Drag Me Through Fire
×