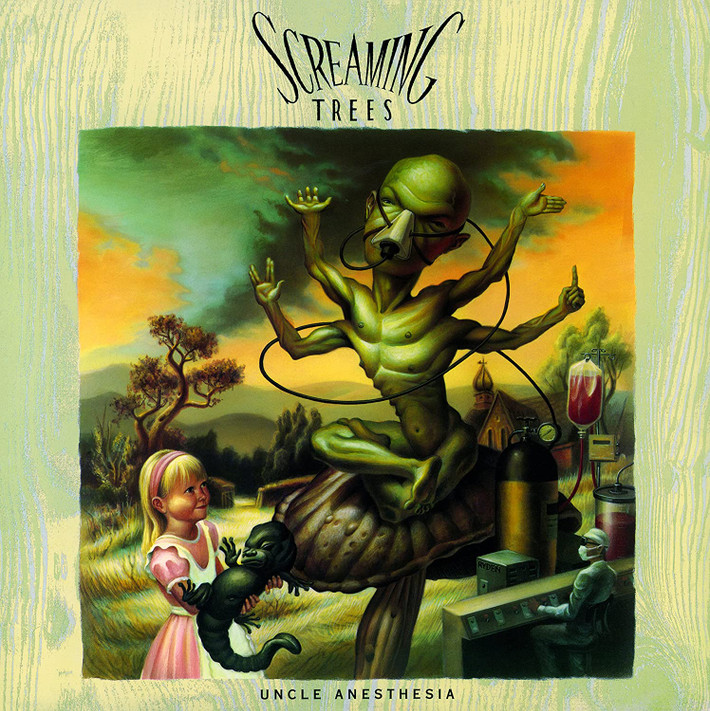 After releasing three albums with Greg Ginn's underground label SST, Screaming Trees broke through in 1991 with 'Uncle Anesthesia' on major label Epic. The band, fronted by Mark Lanegan (who would go on to collaborate solo with band members of Nirvana, Queens Of The Stone Age, Guns 'N Roses and Foo Fighters) is known for its raw psychedelic, whiskey voiced garage rock.

This harder edge set the band apart from Seattle grunge contemporaries Alice In Chains and Soundgarden, gaining a loyal fanbase in the process. Uncle Anesthesia is produced by Chris Cornell (Soundgarden, Audioslave) and metal producer Terry Date, known for his recordings of Pantera, Prong, Overkill and White Zombie.

1. BEYOND THIS HORIZON
2. BED OF ROSES
3. UNCLE ANESTHESIA
4. STORY OF HER FATE
5. CAUGHT BETWEEN
6. LAY YOUR HEAD DOWN
7. BEFORE WE ARISE

1. SOMETHING ABOUT TODAY
2. ALICE SAID
3. TIME FOR LIGHT
4. DISAPPEARING
5. OCEAN OF CONFUSION
6. CLOSER

Sweet Oblivion is the sixth studio album by Screaming Trees, released on September 8, 1992. It quickly became the band's best-selling record, and was the closest they ever came to achieving...

Screaming Trees is considered to be one of the godfathers of Grunge. Although they were one of the best 'Seattle-bands' of the early nineties, they never achieved the commercial success of bands like...

Jackyl's self-titled debut album offers a good amount of '90s hair metal and southern rock. The rude and crude lyrics and fine guitar riffs and hooks are a perfect formula for their rocking outlets...