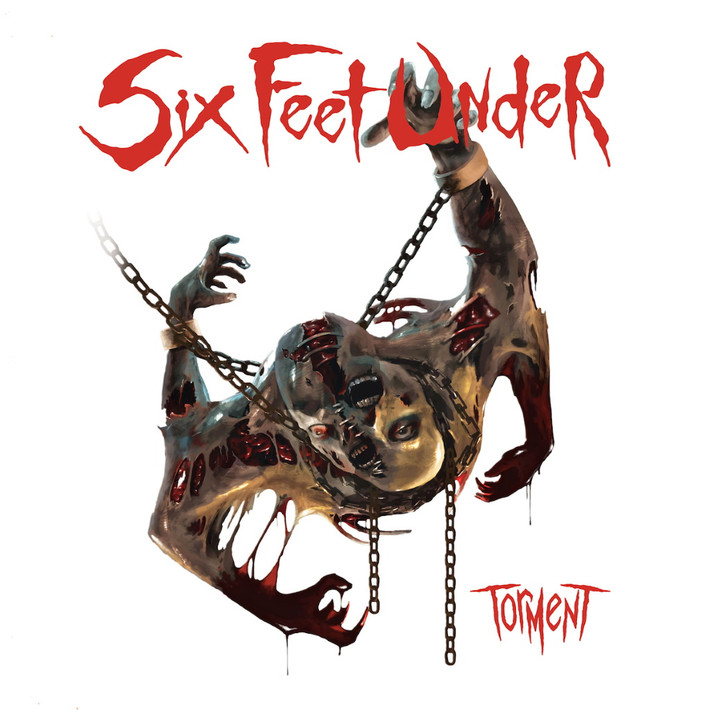 Six Feet Under is an American death metal band from Tampa, Florida, United States, formed in 1993. The band consists of five members: founding vocalist Chris Barnes, guitarists Ray Suhy and Jack Owen, bassist Jeff Hughell and drummer Marco Pitruzzella. It was originally a side project formed by Barnes with guitarist Allen West of Obituary, but became a full-time commitment after Barnes was dismissed from Cannibal Corpse in 1995. They have released twelve albums, and are listed by Nielsen Soundscan as the fourth best-selling death metal act in the U.S

Torment is the twelfth studio album from Six Feet Under, released on February 24, 2017 by Metal Blade Records. It is the first album to feature drummer Marco Pitruzzella

Side 1
1. Sacrificial Kill
2. Exploratory Homicide
3. The Separation Of Flesh From Bone
4. Schizomaniac
5. Skeleton
6. Knife Through The Skull

Side 2
7. Slaughtered As They Slept
8. In The Process Of Decomposing
9. Funeral Mask
10. Obsidian
11. Bloody Underwear
12. Roots Of Evil

Six Feet Under 'Nightmares Of The Decomposed' Digipack CD