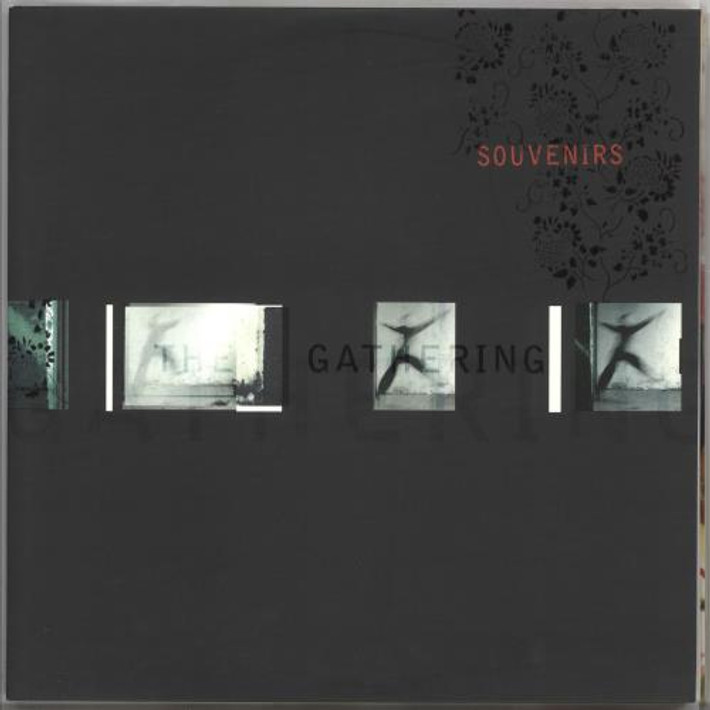 Souvenirs was originally released on 24 February 2003 through the band's own independent label, Psychonaut Records. Their first since parting ways with Century Media, it was recorded at E-Sound, Loud and A1 studio's during 2002 and 2003 under the guidance of producer Zlaya Hadzich.
Souvenirs was the seventh studio album of experimental rock from the Dutch legends, featuring Anneke Van Giersbergen on vocals and a guest appearance from Kristoffer Rygg of Ulver.
This time around The Gathering decided to embrace more gloomy trip-hop, electronic and jazz influences, defining the results as 'trip-rock’. While still featuring the unmistakably sublime tones of vocalist Anneke van Giersbergen, the album was notable for containing a series of guests, including Kristoffer Rygg of Norwegian experimentalists Ulver, who supplied lyrics and vocals on A Life All Mine.
Double vinyl in gatefold sleeve with four bonus tracks.
Tracklisting:
SIDE A
1 These Good People
2 Even The Spirits Are Afraid
3 Broken Glass
SIDE B
1 You Learn About It
2 Souvenirs
3 We Just Stopped Breathing
SIDE C
1 Monsters
2 Golden Grounds
3 Jelena
4 A Life All Mine
SIDE D
1 Mokaka
2 Zion (Early 'In Between' Version)
3 Disarm (Demo Version of 'You Learn About It')
4 A Life All Mine (Demo Version)
×

1993's pioneering second studio album of atmospheric and progressive doom rock from The Gathering.    Almost A Dance was originally released on Foundation 2000 Records. Produced by Tom...

Home - from 2006 - was the eighth studio album from The Gathering. A dark and emotional concept work based about daily routine, it was the last to feature lead singer and...

Empire was originally released on 20th August 1990, and is the band’s most commercially successful album to date, reaching triple platinum status. It featured the top 10 hit, “Silent Lucidity”, which...

Empire was originally released on 20th August 1990, and is the band’s most commercially successful album to date, reaching triple platinum status. It featured the top 10 hit, “Silent...