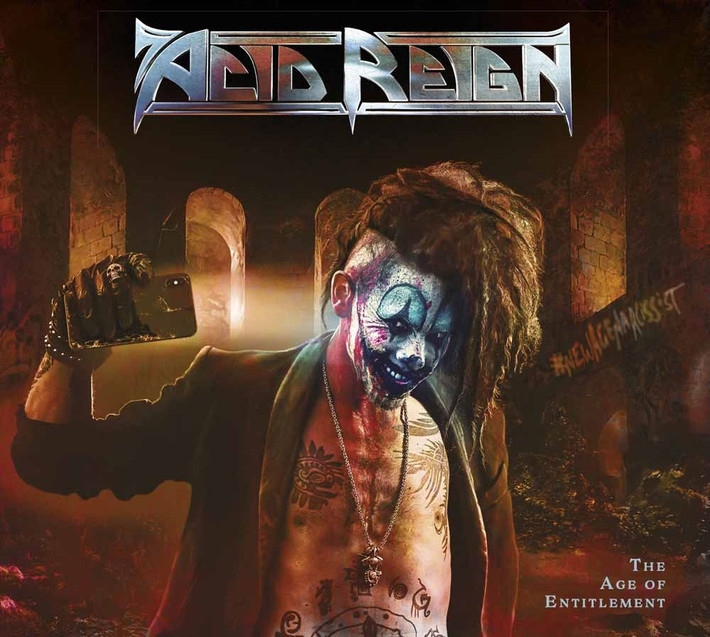 Dissonance Productions present Acid Reign's latest album, 'The Age of Entitlement'. Since returning from a 24-year absence, the band featuring original vocalist Howard H Smith have been busy. On the back of two new songs 'Plan Of The Damned' (2015) and 'The Man Who Became Himself' (2017) they hit the road both at home and throughout Europe for numerous tours and festival appearances. Including the now legendary record-breaking headline slot of the Sophie Lancaster Stage at Bloodstock 2016. During this time, they have earned themselves a fearsome live reputation famous for its high energy, mass stage diving and violent pits. Reeling off old school classics from their back catalogue they have become a must-see act that has seen the band sign with K2 live agency (Metallica, Slayer, Anthrax). With a new album already recorded, their time to reign has come again!

Dissonance Productions reissue the criminally overlooked, 2008 self-titled album by GRIMMSTINE. Grimmstine is a side project by the man we love to love when it comes to heavy metal made in the UK -...

With 2012′s Aeons Black standing as one of the defining death metal albums of the twenty-first century, it has been a long wait for the follow up. In 2021, Sweden’s Aeon finally return...