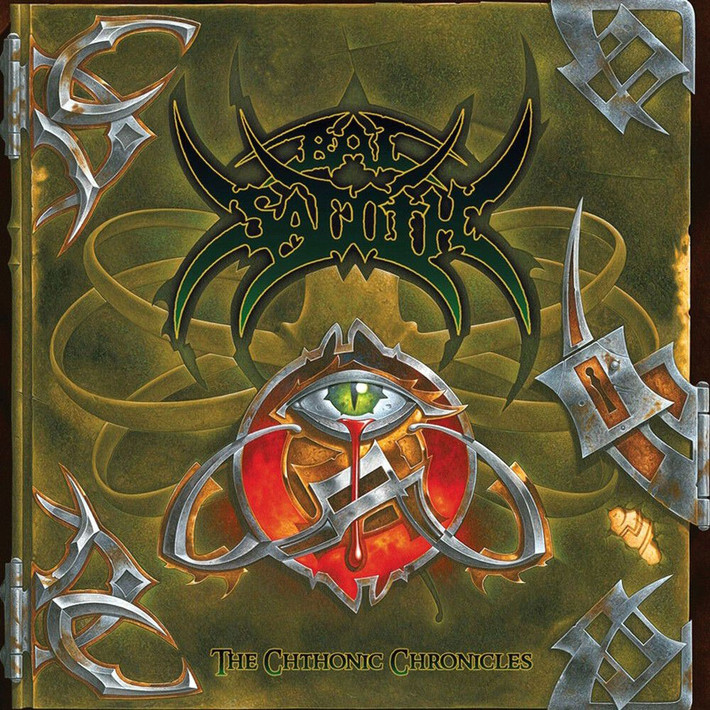 The Chthonic Chronicles is the sixth studio album by English metal band BAL-SAGOTH. The first in five years since 2001’s Atlantis Ascendant, it was correctly rumoured to be their last album. This album was released in Europe on 10 March 2006 through Nuclear Blast and in the US on 16 May through Candlelight Records.

The obscurely-worded album title refers to a key story element in the lyrics, and the chronicles themselves are a pure work of fiction from lyrics writer Roberts. The very rare word has been used in literature by T. S. Eliot, C. F. Keary and M. McCarthy, and is Greek in origin, meaning “earthly”, specifically dealing with the underworld and spirits.

Bal-Sagoth are a symphonic black metal band from Sheffield, Yorkshire, England, formed in 1989. Originally an epic symphonic black metal band with strong death metal elements, vocalist/lyricist Byron Roberts took the name ‘Bal-Sagoth’ from the Robert E. Howard short story “The Gods of Bal-Sagoth”. Their first demo was recorded in 1993, and Bal-Sagoth have since released three albums on Cacophonous Records, and three with Nuclear Blast.

1. The Sixth Adulation of His Chthonic Majesty
2. Invocations Beyond the Outer-World Night
3. Six Score and Ten Oblations to a Malefic Avatar
4. The Obsidian Crown Unbound
5. The Fallen Kingdoms of the Abyssal Plain
6. Shackled to the Trilithon of Kutulu
7. The Hammer of the Emperor
8. Unfettering the Hoary Sentinels of Karnak
9. To Storm the Cyclopean Gates of Byzantium
10. Arcana Antediluvia
11. Beneath the Crimson Vaults of Cydonia
12. Return to Hatheg-Kla

Atlantis Ascendant is the fifth studio album by English metal band BAL-SAGOTH. It was released in April 2001 through Nuclear Blast. This was the first Bal-Sagoth album to be recorded (albeit only...

The Power Cosmic is BAL-SAGOTH’s fourth album, released in 1999. The album was Bal-Sagoth’s first recording for Nuclear Blast! The album title itself is a reference to the superpowers possessed by...

The Power Cosmic is BAL-SAGOTH’s fourth album, released in 1999. The album was Bal-Sagoth’s first recording for Nuclear Blast! The album title itself is a reference to the superpowers...