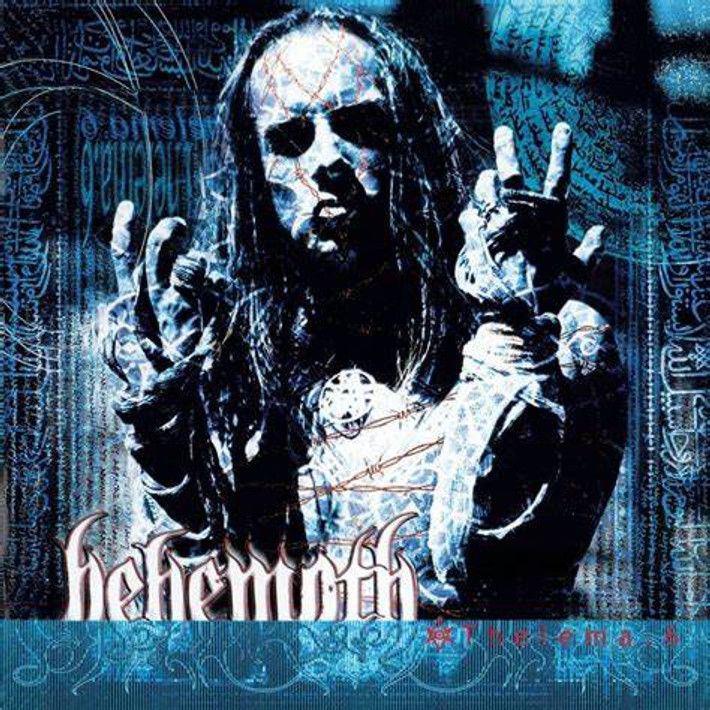 Behemoth was born in Poland in 1991, formed by band mastermind, Nergal. The evolution of Behemoth grew out of early demos and studio recordings with strong black metal roots and atmospherics, into brutal extreme metal. They stamped their own identity on the metal world with the compositions becoming more fierce than cold, and with a great maturity in songwriting and execution becoming clearly evident with each passing early release.
‘Thelema 6’ was originally released in 2000, and stood as an important milestone in the evolution of Behemoth and introduced more elements from the death metal genre, all the time advancing and developing further from their black metal roots, both as composers and musicians.
‘Thelema 6’ is their fifth album and a fair step away from their early raw and primitive beginnings. It was recorded and self-produced at Hendrix Studio, Poland.
Behemoth have since risen to the forefront of the extreme metal scene, well known for their great technicality and refined musicianship which has seen the music translate effortlessly to the live environment with numerous headline tours & festival appearances.
This edition of ’Thelema 6’ is presented on black 180gm heavyweight vinyl.
Tracklisting:
1. Antichristian Phenomenon
2. The Act of Rebellion
3. Inflamed with Rage
4. ΠΑΝ ΣΑΤΥΡΟΣ
5. Natural Born Philosopher
6. Christians to the Lions
7. Inauguration of Scorpio Dome
8. In the Garden of Dispersion
9. The Universe Illumination (Say 'Hello' to My Demons)
10. VINVM SABBATI
11. 23 (The Youth Manifesto)
12. The End
×

Candlemass, formed by bassist and songwriter Leif Edling in Stockholm in 1984, are well known for its influential Epic Doom Metal sound, which itself evolved out of the masterful Black Sabbath...