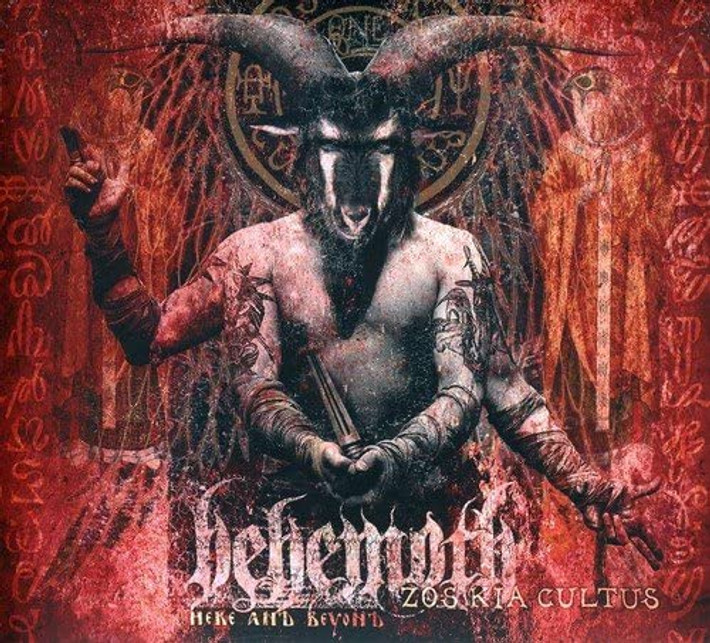 Zos Kia Cultus was Behemoth's sixth album and saw the band ascend ever closer to the top of the Death Metal hierarchy, with highly efficient execution & composition.
The brutal and complex riffs & structural twists would stand them alongside bands like Death Metal heroes Morbid Angel - Behemoth's abilities bringing them far from the primitive black metal roots evident when the band formed in 1991.
Recorded in 2002 at Hendrix Studios and released later the same year. The album was produced by mainman Nergal & engineered/mixed by Arkadiusz Malczewski.
The album themes are firmly rooted in strong occultism, the title referring to 'Zos Kia Cultus' (Here and Beyond), a form of magic developed by Austin Osman Spare. This edition includes the video to the track 'As Above So Below'.
This vinyl edition of the album comes on black 180gsm vinyl in a gatefold sleeve with a printed inner sleeve.
Tracklisting:
1. Horns ov Baphomet
2. Modern Iconoclasts
3. Here and Beyond (Titanic Turn ov Time)
4. As Above So Below
5. Blackest ov the Black
6. Hekau 718
7. The Harlot ov the Saints
8. No Sympathy for Fools
9. Zos Kia Cultus
10. Fornicatus Benefictus
11. Typhonian Soul Zodiack
12. Heru Ra Ha: Let There Be Might
×

Darkthrone began in the late 80's as a thrash/death metal act and progressed through technical death/doom metal experimentation to become legends of the black metal world and one of the original...

Bomber is the third studio album by Motörhead, released on 27 October 1979. By 1979, Motörhead had been together for four years and had amassed a loyal following in both punk and heavy metal circles...

Californian gore metallers Autopsy burst onto the scene in 1987 with almost immediate infamy. Frontman Chris Reifert was already a well known force on the underground through his time as drummer with...