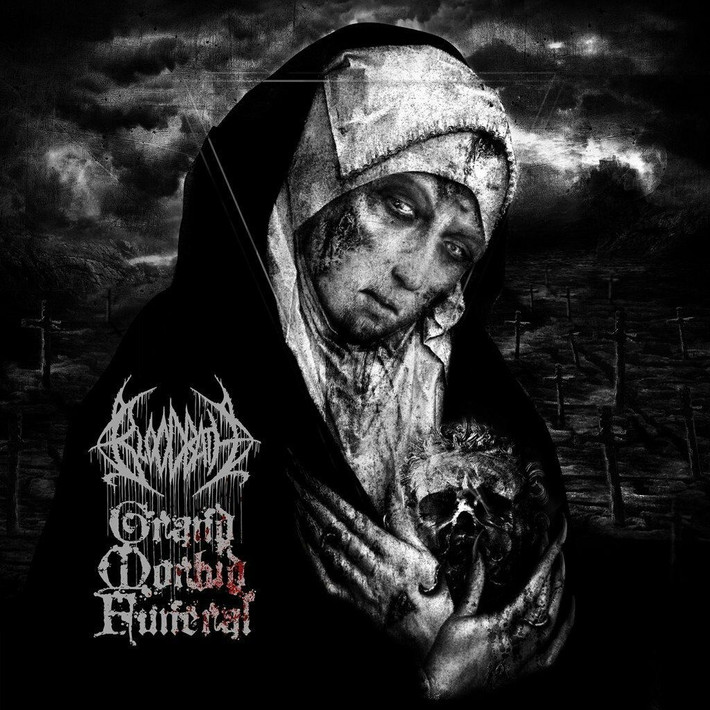 Bloodbath is a titan of death metal from Stockholm, Sweden, notable for the inclusion of Katatonia and Opeth members. Formed in 1998 with a mutual fascination for horror & the glory days of death metal (especially the old Florida & Stockholm 'Sunlight' scenes), the band has remained a leading light of extreme metal since their Breeding Death EP was unleashed back in 2000, and a formidable force for 15 years, further cemented by their devastating - and most successful album to date; 'The Fathomless Mastery' in 2008.
Recorded at Ghost Ward Studios and the City of Glass Studios in Stockholm, and mixed by David Castillo, 'Grand Morbid Funeral', Bloodbath's fourth full-length studio release, is undoubtedly the band's darkest and dirtiest opus yet; an organic collection of filth-ridden tracks straight from the grave, boldly eschewing the approach of somewhat over-produced modern death metal in favour of something altogether more rotten to the bone.
With doom-like melodies mixed with raw and savage riffing backing up new vocalist Nick Holmes of UK legends Paradise Lost, and featuring a number of guest appearances including Chris Reifert and Eric Cutler from US gore-masters Autopsy, 'Grand Morbid Funeral' is a new high-point of brutality for Bloodbath.
Tracklisting:
Side A
1.  LET THE STILLBORN COME TO ME
2.  MENTAL ABORTION
3.  UNITE IN PAIN
4.  TOTAL DEATH EXHUMED
5.  BEYOND CREMATION
6.  CHURCH OF VASTITAS
Side B
1.  FAMINE OF GOD'S WORD
2.  ANNE
3.  HIS INFERNAL NECROPSY
4.  MY TORTURER
5.  GRAND MORBID FUNERAL
×