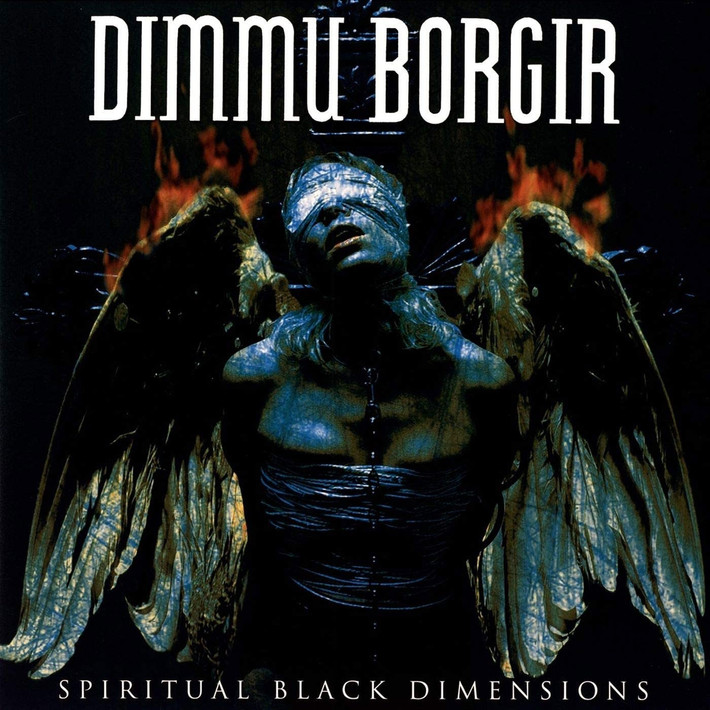 The fourth studio album by the Norwegian black metal band, originally released in March 1999. This release featured keyboardist Mustis and the clean vocals of ICS Vortex, as well as the departure of long-time drummer Tjodalv, guitarist Astennu, and bassist Nagash. Musically this was a departure for the group. The music's overall feel is faster and darker with more emphasis on the keyboard lines versus the slower, more riff-heavy approach of previous albums. The band attributes this to Astennu's due influence, as his Carpe Tenebrum project at the time had a very similar musical direction.

A1. Reptile
A2. Behind The Curtains Of Night - Phantasmagoria
A3. Dreamside Dominions
A4. United In Unhallowed Grace
A5. The Promised Future Aeons

B1. The Blazing Monoliths Of Defiance
B2. The Insight And The Catharsis
B3. Grotesquery Conceiled (Within Measureless Magic)
B4. Arcane Lifeforce Mysteria