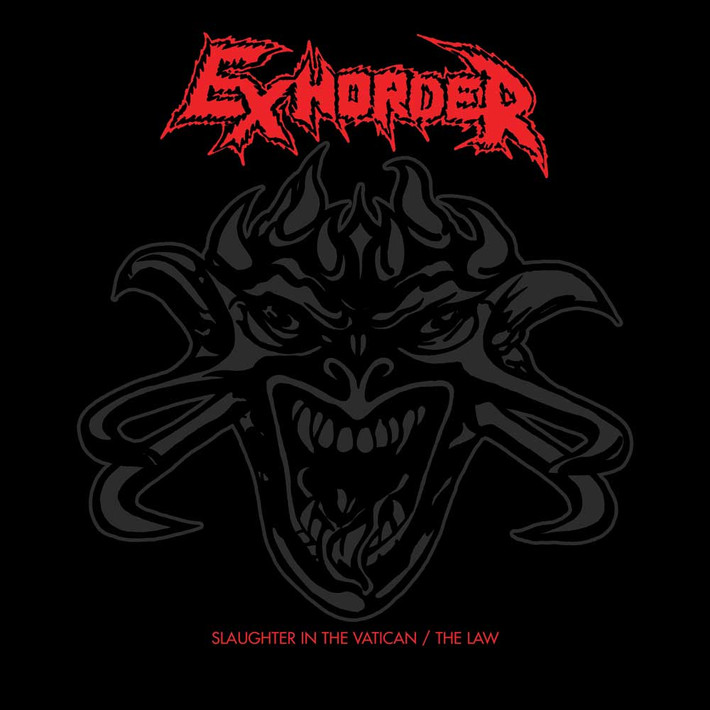 Exhorder was founded in 1985 in New Orleans, and were initially regarded as part of the Thrash Metal boom before adopting a more groove-led approach that was a noted influence on Pantera, whose singer Phil Anselmo was briefly a member of the band.

Housed in a deluxe digi-pack featuring two discs, this is a comprehensive document of one of ‘90s metal’s most influential and admired cult bands.

Metal Hammer recently hailed Exhorder as “The greatest Thrash band you’ve never heard of’ while Decibel Magazine’s ‘Slaughter In The Vatican’ Hall Of Fame feature declared the band a ‘definite influence on the likes of Pantera, Sepultura, Machine Head and Lamb of God.”

Exhorder 'Slaughter In The Vatican' T-Shirt

Eighth studio album from the reformed Cult, originally released in 2007, expanded with a CD of bonus material. Their sole release for Roadrunner Records, with The Cult’s core team of Ian Astbury and...

Exhorder's cult classic debut full length ‘Slaughter In The Vatican’ was originally released in 1990. Exhorder was founded in 1985 in New Orleans, and were initially regarded as part of the Thrash...

Exhorder 'Slaughter In The Vatican' T-Shirt