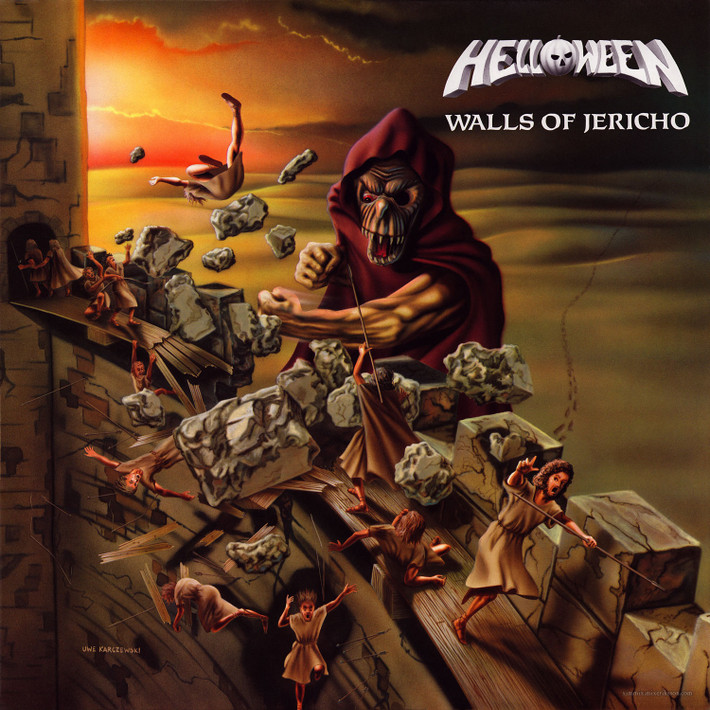 Walls of Jericho is the debut full-length studio album by German power metal band Helloween, released in 1985 on LP by Noise Records. It is the only album featuring Kai Hansen as lead vocalist, although he would continue to act as guitarist on the two following albums.

In 1988, Walls of Jericho was released on CD. Due to the enhanced capacity of the CD, the Helloween EP/mini-LP and the song "Judas" from the Judas EP were added to the Walls of Jericho track listing; they are now released as a compilation.

A1. Walls Of Jericho
A2. Ride The Sky
A3. Reptile
A4. Guardians
A5. Phantoms Of Death

Black vinyl in a gatefold sleeve

This was the ardent wish of thousands of fans calling out to Andi Deris, Michael Kiske, Michael Weikath, Kai Hansen, Markus Grosskopf, Sascha Gerstner and Dani Löble during the PUMPKINS UNITED...

Keeper of the Seven Keys: Part I is the second studio album by German power metal band Helloween, released in 1987. It marks the first appearance of vocalist Michael Kiske, and is considered the...

Helloween 'Keeper of the Seven Keys: The Legacy' 2CD

'Keeper of the Seven Keys: The Legacy' is the 11th studio album by German power metal band Helloween. This legendary double album has been reissued, including 2 bonus tracks!Tracklist:CD1:1. The...

Keeper of the Seven Keys: Part II is the third studio album by German power metal band Helloween, released in 1988. The album sold well, and success bloomed all over Europe, Asia, and even the United...