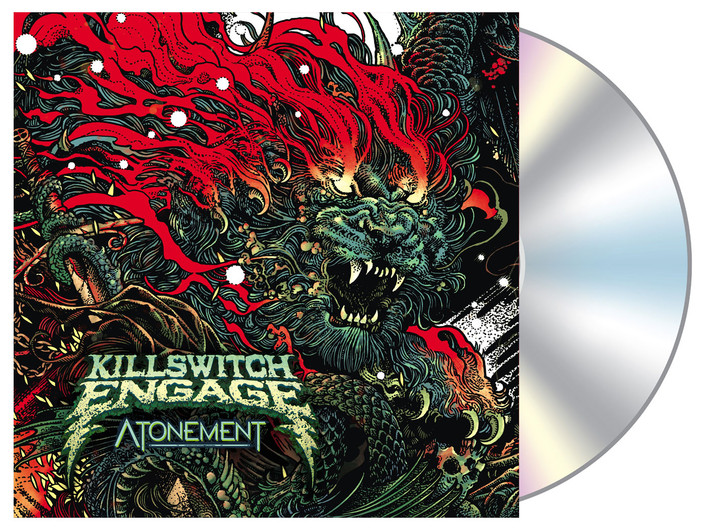 Atonement is the eighth studio album by American metalcore band Killswitch Engage, released through Metal Blade Records on August 16, 2019. Lead single "Unleashed" was released on June 25, and followed by "I Am Broken Too" in July which would later follow up with a music video in August, as well as "The Signal Fire" shortly before the album's release. The band began a co-headlining tour of North America with Clutch in promotion of the album in July. In November 2019, the track "Unleashed" was nominated for the Grammy Award for "Best Metal Performance", making it the third Grammy nomination for Killswitch Engage.

1. Unleashed
2. The Signal Fire (featuring Howard Jones)
3. Us Against The World
4. The Crownless King (featuring Chuck Billy)
5. I Am Broken Too
6. As Sure As The Sun Will Rise
7. Know Your Enemy
8. Take Control
9. Ravenous
10. I Can't Be The Only One
11. Bite The Hand That Feeds

Killswitch Engage first shook the structure of heavy music upon climbing out of snowy industrialized Western Massachusetts in 2000. A musical outlier, the band pioneered a union of thrashed-out...