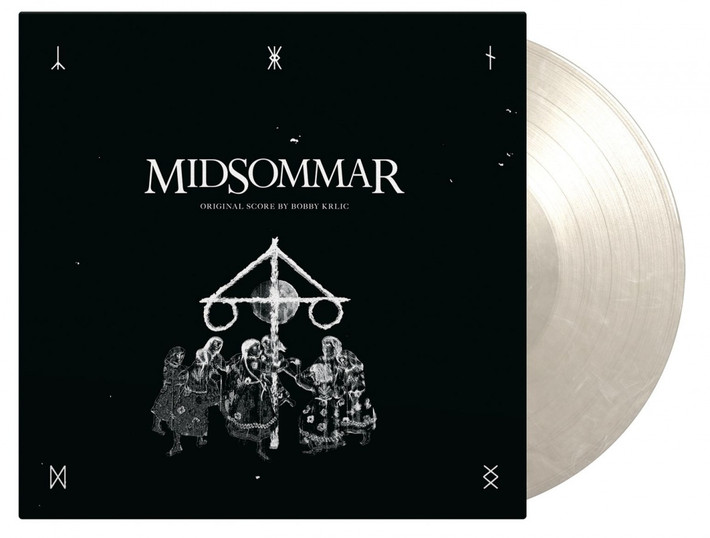 'Midsommar' is a folk horror film written and directed by Ari Aster. It follows a couple (played by Florence Pugh and Jack Reynor) and their friends who travel to Sweden for a festival that occurs only once every 90 years, only to find out that it's part of a Scandinavian pagan cult. The film was released in 2019 to positive reviews. Music plays a key role in the film.

The score was created by Bobby Krlic, a.k.a. the Haxan Cloak, who has also produced for Father John Misty, Goldfrapp, Troye Sivan, Björk and many more. Rather than creating a typical horror score, Krlic made beautiful and harmonious compositions that complement the film's setting in rural Sweden, while still maintaining an unsettling sense of terror.

'Midsommar' is available as a limited edition of 1000 individually numbered copies on Hårga white coloured vinyl, housed in a gatefold sleeve and including a printed innersleeve.

'Pride' was the second studio album by the American/Danish hard rock band White Lion, released in 1987. The album featured the two Top 10 hits "Wait" and "When the Children Cry". Its first...

The updated version of Silva Screen’s long deleted and sought after 2000 reissue of John Carpenter’s sparse, piano-driven ambient/electronic score to ‘The Fog’. This release brings together not just...

Produced by Trent Reznor of Nine Inch Nails, the soundtrack to the film 'Natural Born Killers' (1994) was a downright smash in youngster's music tastes of the era. On his approach to compiling...

You talkin' to ME?'; undeniably one of the most famous quotes from movie history and from one of its most memorable characters. Travis Bickle, the frustrated Vietnam veteran in 'Taxi Driver'; the...

Could you think of any other film producer that picks better soundtracks than the widely revered Quentin Tarantino? Inventing a genre on his own, his string of best-selling nouvelle...