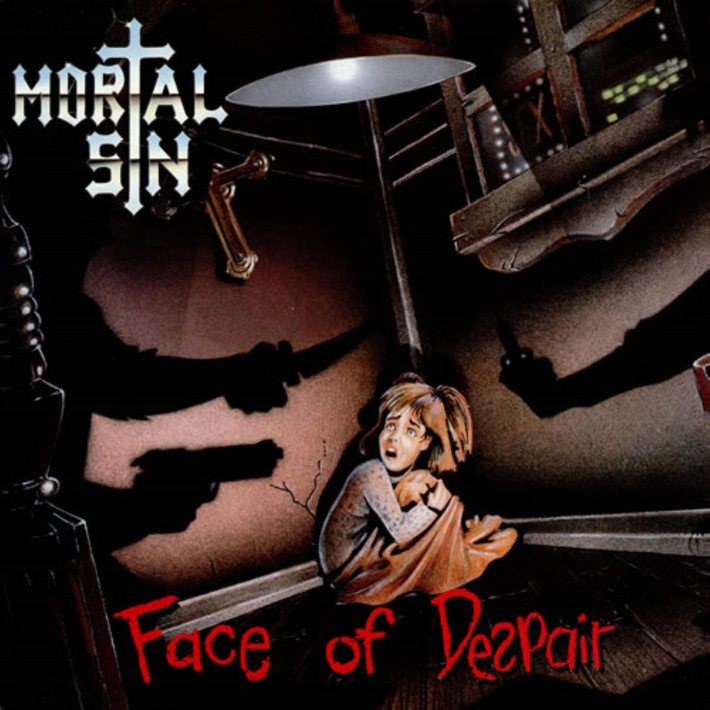 Updated reissue of Mortal Sin’s breakthrough second album ‘Face Of Despair, originally released in 1989, with extensive liner notes and contributions from the band.

Emerging from the Australian metal underground in the latter part of the ‘80s after forming in 1985, Mortal Sin quickly found global fame when their self- released debut LP ‘Mayhemic Destruction’ was picked up by major label Vertigo and re-issued globally in 1987.

Follow up ‘Face of Despair’ was produced by Randy Burns (Megadeth, Possessed, Death, Nuclear Assault) and received global acclaim. The band toured Australia with Metallica on their ‘…And Justice For All’ tour, and also toured Europe with Testament, and then supported Faith No More on their ‘The Real Thing’ tour. The single ‘I Am Immortal’ and live video release ‘Face Of Mayhem’ helped the band gain wider acceptance.

When vocalist Mat Maurer quit the band in 1990, Mortal Sin carried on and recorded a third album, ‘Every Dog Has It’s Day’, released in 1991.

Mortal Sin remained sporadically active up until 2012. This re-issue has the full co-operation of the band.

1. I Am Immortal
2. Voyage of the Disturbed
3. The Infantry Corps
4. For Richer For Poorer
5. Martyrs of Eternity
6. Innocent Torture
7. Suspended Animation
8. H
9. Terminal Reward
10. Robbie Soles

Cauldron 'Into the Cauldron' CD Digipack