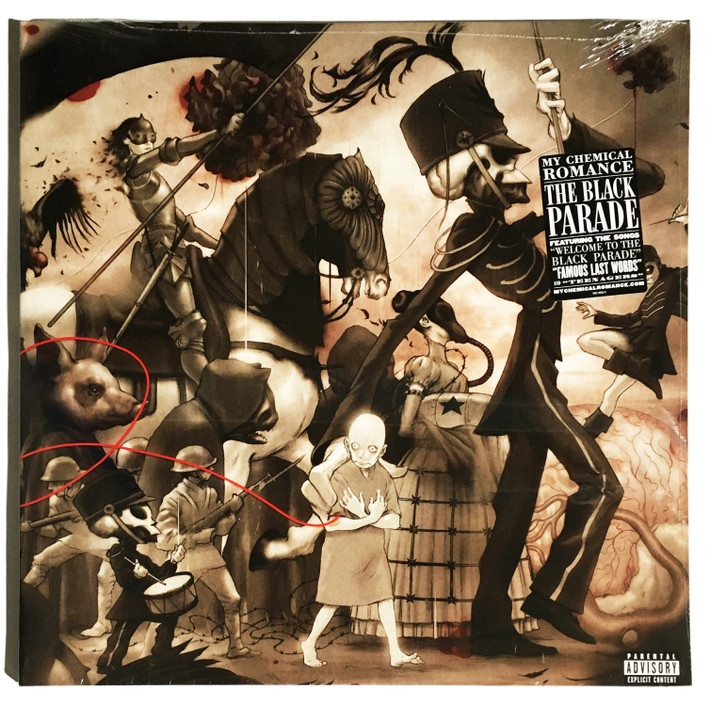 The Black Parade is the third studio album by My Chemical Romance. Released on October 24, 2006, it was produced by Rob Cavallo, known for having produced multiple albums for Goo Goo Dolls and Green Day. It is a rock opera centering on a dying character with cancer known as "The Patient". The album tells the story of his apparent death, experiences in the afterlife, and subsequent reflections on his life. Four singles were released from the album: "Welcome to the Black Parade", "Famous Last Words", "I Don't Love You", and "Teenagers". The Black Parade has sold three million copies in the United States as of 2016, and four million worldwide. Tracklist 1. The End. 2. Dead! 3. This Is How I Disappear 4. The Sharpest Lives 5. Welcome to the Black Parade 6. I Don't Love You 7. House of Wolves 8. Cancer 9. Mama 10. Sleep 11. Teenagers 12. Disenchanted 13. Famous Last Words