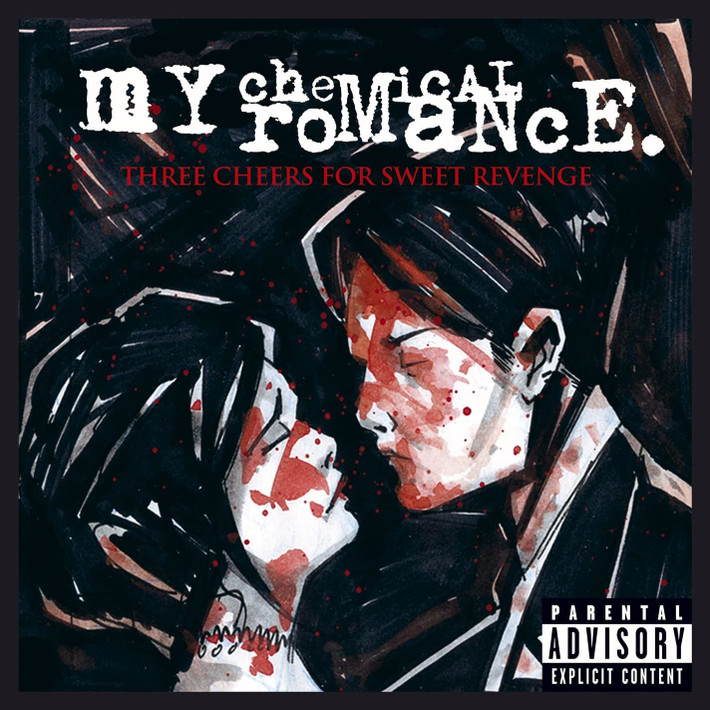 Three Cheers for Sweet Revenge is the second studio album by American rock band My Chemical Romance, released on June 8, 2004 by Reprise Records. With this album, the band produced a cleaner sound than that of their 2002 debut I Brought You My Bullets, You Brought Me Your Love. It was the band's final release to feature drummer Matt Pelissier, who would later be replaced by Bob Bryar.

The album was a success for both the band and the label, The record produced several radio singles and popular MTV videos, including "I'm Not Okay (I Promise)," "Helena," and "The Ghost of You." The four singles from the album included "I'm Not Okay (I Promise)", "Helena", "The Ghost of You", and in the United Kingdom, "Thank You for the Venom". It was certified platinum less than a year after its release, and has sold over three million copies in the United States.

Ghost, one of the most esteemed and celebrated rock bands in the world today return with their fifth psalm, 'Impera', fronted by the newly anointed Papa Emeritus IV. A dozen songs take on themes of...

The Black Parade is the third studio album by My Chemical Romance. Released on October 24, 2006, it was produced by Rob Cavallo, known for having produced multiple albums for Goo Goo Dolls and Green...

The Black Parade is the third studio album by My Chemical Romance. Released on October 24, 2006, it was produced by Rob Cavallo, known for having produced multiple albums for Goo Goo Dolls and Green...