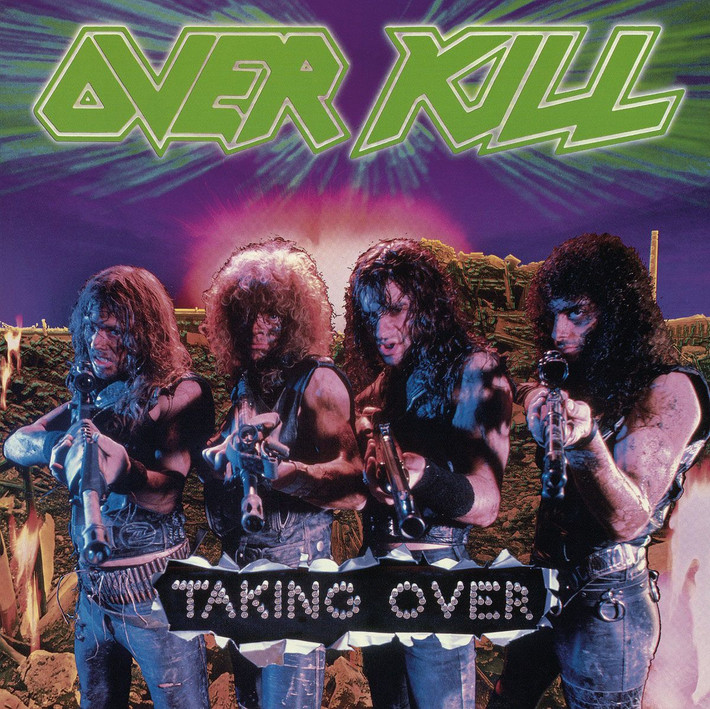 New Jersey trash metal band Overkill were formed in 1984 and named themselves after a Motörhead album. They were one of the early trash metal bands to sign to a major label and started to become successful in the late '80s, when the genre became popular with bands like Anthrax, Exodus, Metallica, Megadeth, Slayer and Testament.

'Taking Over' is the second studio album by the band and was originally released in 1987. It was their first album to be released through Atlantic, who would release all of the band's albums up to 'W.F.O.' (released in 1994). The track 'Wrecking Crew' is considered one of the band's signature songs and was even chosen to be the title of the band's official website.

Overkill is the second studio album by Motörhead, released 24 March 1979, and was the band's first album with Bronze Records. Overkill was an unexpected success, reaching #24 on the UK albums chart...

Overkill are an American thrash metal band, formed in 1980 in New Jersey. They are often called 'the Motörhead of thrash metal', based on their unique playing style, which was influenced by punk...