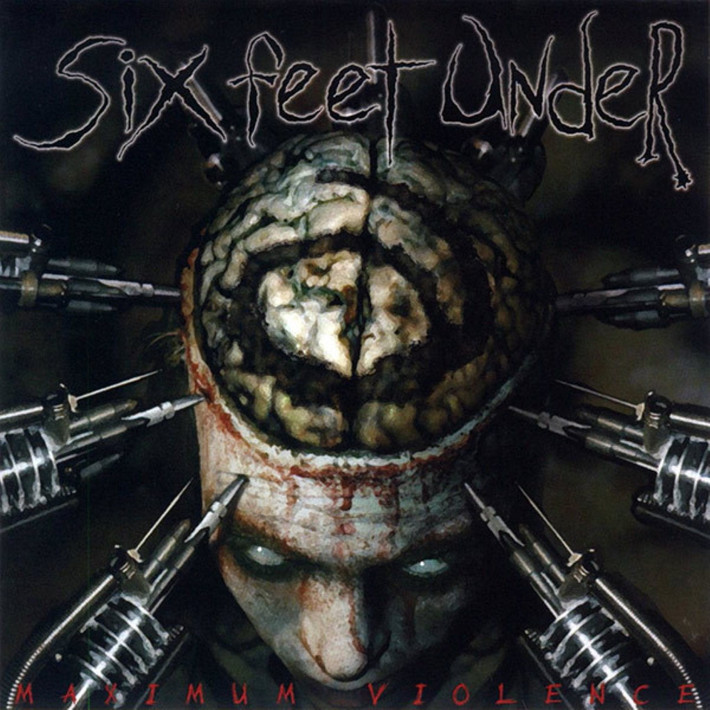 Six Feet Under is an American death metal band from Tampa, Florida, United States, formed in 1993. The band consists of five members: founding vocalist Chris Barnes, guitarists Ray Suhy and Jack Owen, bassist Jeff Hughell and drummer Marco Pitruzzella. It was originally a side project formed by Barnes with guitarist Allen West of Obituary, but became a full-time commitment after Barnes was dismissed from Cannibal Corpse in 1995. They have released twelve albums, and are listed by Nielsen Soundscan as the fourth best-selling death metal act in the U.S

Maximum Violence is Six Feet Under's 3rd studio album. The album goes back to Chris Barnes' roots in Cannibal Corpse with violent themes/lyrics. It was also the first Six Feet Under album to feature Steve Swanson on guitars
This is a 180gram black vinyl with a lyric/photo insert and poster.

Side 1
1. Feasting On The Blood Of The Insane
2. Bonesaw
3. Victim Of The Paranoid
4. Short Cut To Hell
5. No Warning Shot
6. War Machine