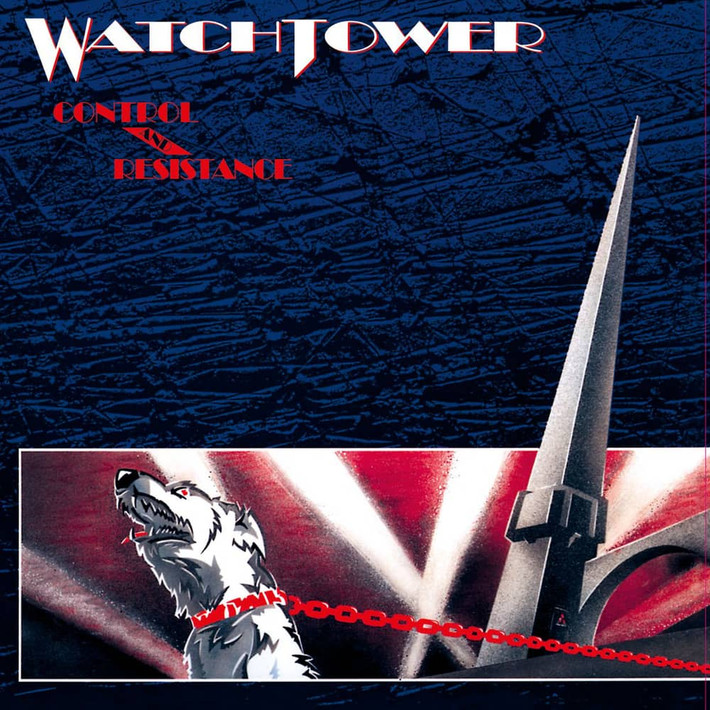 Acknowledged as a cult masterpiece that blended Metal, Prog, Thrash and Jazz- influenced elements, the album blazed a trail for a more ambitious brand of Metal alongside visionary acts like Cynic, Atheist, Death, Pestilence and Confessor

‘Control and Resistance’ was inducted into Decibel’s Hall of Fame series, described in glowing terms:
“Those who’ve heard Control and Resistance—whether 20 years or 20 minutes ago—are still scraping their jaws off the tiles and struggling to completely understand the majesty of this largely unheard cult album. Those same people are also trying to contain their metal boners upon hearing the news that Watchtower are back, playing shows and getting set to release the long-long-awaited third album, Mathematics.”

Metal Hammer hailed Watchtower in its May 2021 issue at #2 in its list of ‘The 50 Greatest Cult Bands’, stating: “…they counterbalanced prodigious talent, erudite skill, and the cranial workouts of their compositions with trope destruction and a mile-wide irreverent streak”

Cauldron 'Into the Cauldron' CD Digipack

There are few rock guitarists on this planet who have had such a lasting influence on so many renowned musicians as Michael Schenker. With his outstandingly fluid style, inexhaustible wealth of ideas...

The New Black is the fifth and final album by Canadian heavy metal band Strapping Young Lad. It was released in July 2006. Tracklisting: 1. Decimator 2. You Suck 3. Anti Product 4. Monument 5. Wrong...